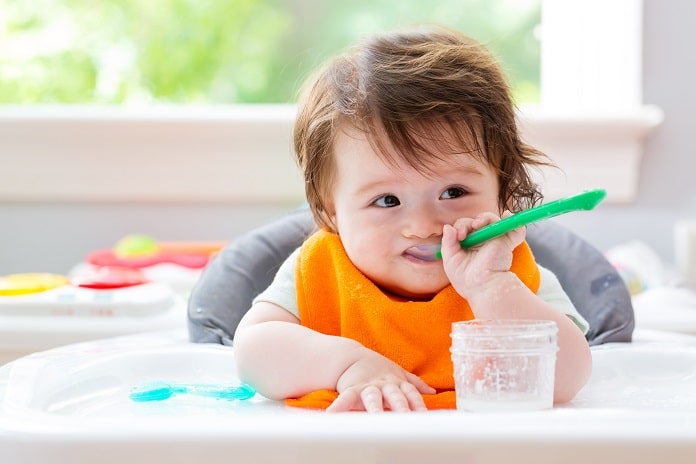 A recent study highlighted the benefits of baby cereal on infants’ nutrient status.

Fortified baby cereal is the most common first solid food introduced to infants. By four-to-six months of age, 65% of infants consume baby cereals and it continues to be a predominant food for up to one year. As nutrition plays a significant role in future health outcomes, a recent study determined the nutritional value of baby cereals among those who consumed it on a regular basis. The results were published in the journal AIMS Public Health.

Data from more than 5,500 children derived from the national survey of food intake National Health and Nutrition Examination Survey (NHANES) were examined to assess which food infants and toddlers consumed from birth to 23 months old. Researchers divided four age ranges – from birth to three months, four-to-six months, seven to 11 months, and 12 to 23 months. In terms of baby cereal consumption, 3,910 infants and toddlers were non-cereal consumers, while 1,677 ate cereals regularly. For over half of these infants, rice baby cereal was the cereal of choice.

Overall, the results showed that intake of key nutrients, such as carbohydrates, iron, calcium, magnesium, zinc, and vitamin E was significantly higher in baby cereal consumers compared to children who did not eat cereals. In addition, higher nutrient intake among baby cereal consumers led to a lower percentage of the population with inadequate intakes of iron, calcium, and vitamin E.

When baby cereal was introduced up to six months of age, these infants were noted to have higher intakes of total calories, carbohydrates, whole grains and microelements such as calcium, iron, magnesium, vitamin A and B6. They also had higher total fats and sugar intake. From seven to 11 months old the results remained similar and babies who consumed baby cereal had higher intakes of carbohydrates, vitamin E, calcium, iron, zinc, and magnesium. However, this group was found to have a lower intake of total fat, monounsaturated fatty acids, and total cholesterol. After the age of one year, baby cereal consumers still had a higher intake of vitamin E, iron, and zinc.

According to the researchers, the results of the study demonstrate strong benefits, in terms of nutrient status, when introducing baby cereal in the first two years of life. Even though further studies are needed, the researchers suggest that dietary recommendations for infants should include baby cereal to support growth and development.