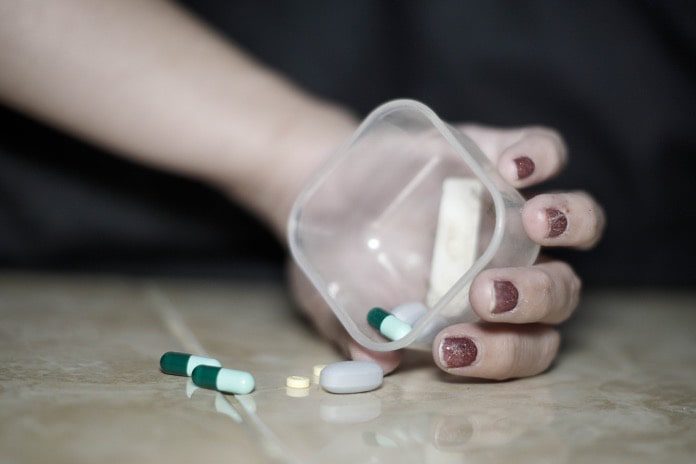 A recent study examined the connection between life stressors, an individual’s self-esteem, and the likelihood of developing a dependency on opioid use.

The use of opioids for reasons other than medical use has become a great societal concern in the past several years. Some studies have estimated that the levels of opioid use during the life-span are as high as 12%.

Opioid use has often been reported to be connected to stress, whereby these drugs are used as a maladaptive coping behavior. Oftentimes, opioid use begins with medically prescribed medications, and the individual continues to use them as a coping mechanism for stressors in work and private life.

Opioid abuse can be highly dangerous, often leading to physiological disturbances, and, in some cases, even death.

Can life stressors lead to opioid use through low self-esteem?

A study in the United States has recently looked at the association between life stressors, opioid use, and the role self-esteem plays in this interaction. The life stressors that the researchers investigated were related to health, money, work, family, and romance. They published their results in the Journal of Drug Issues.

The researchers based their investigation on the Threat Appraisal and Coping Theory. According to this theory, an individual will first gauge how stressful a life event is to them, and then appraise whether they are capable of responding to it.

Individuals with low self-esteem, according to this theory, often choose to employ maladaptive coping behaviors to ease the distress in the short-term, but create a much larger problem over time.

The fact that health issues were correlated with opioid use can be regarded as further evidence that such dependency often begins with real medical issues, for which opioid medications are prescribed. Social and romantic problems may further the need and use of such opioid drugs by creating stressful life events.

The researchers also found that low self-esteem mediated much of the relationship between stressful life events and opioid use. In other words, the association between opioid use and life stressors can be attributed to a lower level of self-esteem.

Relating back to the Threat Appraisal and Coping Theory, low self-esteem, or an individual considering themselves incapable of dealing with life stressors, may indeed lead to opioid dependency. As the person feels unable to properly cope with stressful life events, they turn to opioids, which reduce the stress levels in the short-term but add another layer of stress that can later reveal itself as an addiction, as well as further health complications.

The researchers posit that the participants’ relatively higher income levels may be the reason why stressors related to work and money were not found to be associated with opioid use. Further, the sample of participants included over 70% of white ethnicity, which may create a problem when trying to generalize these results to a wider range of individuals.

Moreover, the study did not examine the reasons why the participants turn to opioid use. It is not directly studied whether the individuals indeed use opioid to cope with stress, whether they medicate their pain or any other reason.

Finally, cause and effect are not studied in this research, which means it does not explain the direction of the variables. It could be, on the one hand, that opioid use indeed follows stressful events. On the other hand, however, it could indeed be the case that the use of opioid creates shame and further exacerbates other problems.

Nonetheless, the study does show that it may be beneficial, for those who are attempting to reduce their use of opioids, to begin by reducing life stressors. Counselling towards a better sense of self-esteem, and confidence in their coping ability can likewise be of great value for such individuals.