Home Medicine Dermatology Steroids for Urticaria:  Not so Fast 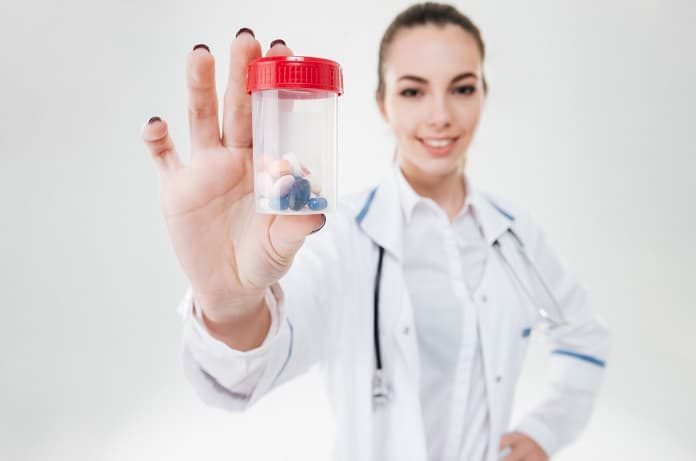 A new study is challenging whether corticosteroids are necessary for the management of acute urticaria. The findings show that antihistamines, such as levocetirizine, alone are effective in relieving symptoms without the systemic side-effects that steroids can bring.

Urticaria, or severe generalized body itching is allergy-related; once triggered by an offending allergen, ananaphylactic cascade ensues where the body produces substances that manifest as the interminable itching that people suffer from.  These attacks can be so severe that it is common for patients to consult the emergency room for relief as the continued itching (pruritus) can interfere with daily activities and lead to sleep disturbances.

For those patients who do not have the associated symptoms of angioedema (swelling usually around the eyes or lips) and wheezing, the accepted treatment consists of the avoidance of any identified allergen and the treatment of any symptoms with an antihistamine such as levoceirizine.  Corticosteroids, namely prednisone, are commonly prescribed as additional or adjuvant medication, as it is theorized that its anti-inflammatory properties can help resolve symptoms much faster.  Prolonged steroid intake, however, has also been known to cause systemic side-effects like water retention and weight gain, as well as susceptibility to other infections.

A journal article in the 2017 edition of the Annals of Emergency Medicine is challenging the value of this antihistamine-steroid regimen.  In their study, 100 urticaria patients were randomly assigned to either of two regimens; one consisting of an antihistamine (levocetirizine) and prednisone, and another with levocetirizine and a placebo. The patients were then evaluated as to the resolution of itching symptoms 2 days following consult, as well as the observation for any relapses or adverse events.

The results indicate that there was no significant difference in the resolution of symptoms between the with-prednisone and the placebo group. Similarly, the data with regards to relapse as well as the presence of adverse events were comparable in the two patient groups.

For quite some time, urticaria patients would simply accept any effects from the steroids as a necessary trade-off to alleviate their condition.  If further studies can confirm that we can indeed do away with steroids, then that can indeed give patients (pun intended) further relief.

Barniol, et al.  “Levocetirizine and Prednisone are not Superior to Levocetirizine Alone for the Treatment of Urticaria:  A Randomized Double-Blind Clinical Trial”.  Annals of Emergency Medicine. 2017. http//dx.doi.org/10.1016/j.annemergmed.2017.03.006.