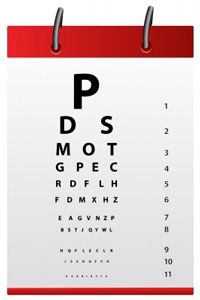 A new study has reported for the first time on a long-term follow up of the safety and tolerability of transplanted human embryonic stem cells. The study demonstrates that transplanted stem cells improve vision in patients with age-related macular degeneration, or Stargardt’s macular dystrophy.

One of the main concerns with stem cell therapies is the possibility of long term side effects, such as the formation of tumors, and risk of stem cells changing to become inappropriate cell types. Therefore, when it comes to applications using stem cells in humans, long-term safety and effectiveness need to be carefully evaluated.

Results of scientific research has suggested that retinal pigment epithelium derived from embryonic stem cells have to potential to treat degeneration of the retina. A recent study reported in the Lancet on the results of clinical trials assessing the safety and tolerability of human embryonic stem cell-derived retinal pigment epithelium in eighteen patients with age-related macular degeneration or Stargardt’s macular dystrophy.

The embryonic stem cell-derived retinal pigment epithelial cells were surgically transplanted into the sub retinal space of the eye. The stem cells were transplanted into only one of each patients’ eyes. There were three amounts of cells that were tested for the transplant: 50,000 cells, 100,000 cells, and 150,000 cells. In addition, patients were placed on immunosuppressive drugs beginning a week prior to surgery, and continuing for 12 weeks following surgery. In 72% of patients, subretinal pigmentation increased following transplant surgery, which is indicative of the transplanted retinal pigment epithelium. The study reported that eight of the patients had an improvement in vision, with an increase of at least 15 extra letters being able to be read on an eye chart, during the first year following transplant surgery. The authors report that this is a doubling of visual angle, and is considered as a clinically significant measure in clinical trials. Patient-reported outcomes included an increase in general vision, near and distance vision, and peripheral vision. There were no serious adverse safety issues reported by the study. In addition, the study reported that teratoma formation, immune reactions, and unwanted cell differentiation did not occur.

The authors of the study suggest that patients should be treated early in disease progression, in an effort to prevent further degeneration, and increase the chances of maintaining photoreceptor and central vision.

Image courtesy of digitalart at FreeDigitalPhotos.net