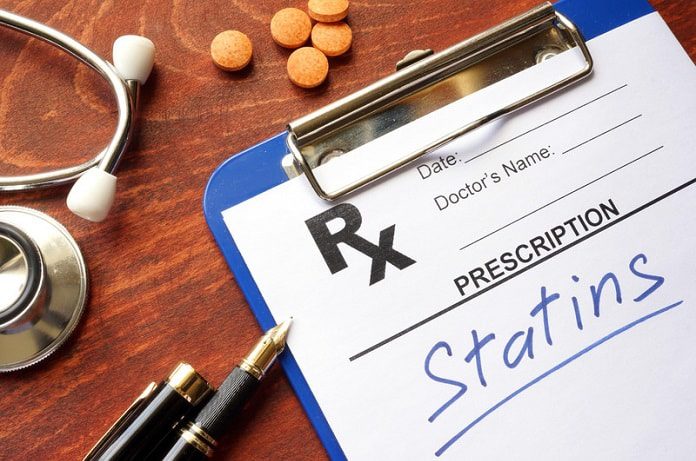 As part of a sub-analysis of the results obtained from the ALLHAT-LLT trial, clinical researchers have questioned the effectiveness of using statins in older patients. The results were surprising, as the cholesterol-lowering drug did not have any significant effect on that specific patient cohort for primary prevention.

The number of older adults in the world is increasing and as a result, so is the medical burden from increasing rates of disabilities and frailty. While large-scale clinical trials take in to account a broad age group, the overall conclusion does not account for hidden population types. One such group is the geriatric population – persons older than 65 years. Most medication regimes need to be changed to suit older patients for a better clinical outcome. This is especially relevant in cases of cardiovascular conditions, such as heart attacks. To address this issue, researcher turned their attention to a class of drugs called statins, and their efficacy in older adults.

Pravastatin (as type of statin) belongs to a group of drugs called the HMG CoA reductase inhibitors. The drug inhibits one of the enzymes responsible for cholesterol synthesis, thereby lowering lipids. The body requires some cholesterol but when levels exceed the normal range, the risk of developing cardiovascular diseases increases. Statins help bring levels back to normal by removing it from the blood stream.

Although statins help prevent secondary cases of heart attacks, it was unclear whether they prevent the first cardiovascular event when compared to usual prevention steps. A team led by Dr Benjamin H. Han, Assistant Professor in the Department of Medicine at New York University investigated this question and published their findings in JAMA Internal Medicine. This study is a secondary analysis of a larger clinical trial (Antihypertensive and Lipid-Lowering Treatment to Prevent Heart Attack Trial – Lipid-Lowering Trial – ALLHAT-LLT) for which patient recruitment began in 1994, and was completed in 2002 at roughly 500 clinical sites. The researchers analyzed data for a subgroup of patients (n=2,867) aged between 65-74 years and >75 years, with high blood pressure but no evidence of atherosclerotic cardiovascular disease. The patients were randomly divided into groups that received one of two treatments. 1,467 participants received 40 mg/d pravastatin and remaining were part of the group which received usual care (UC) from doctors.

The results showed pravastatin treatment offered no benefit for both the primary and the secondary outcomes. For participants aged between 65 to 74 years, there were 141 deaths in the statin group and 130 deaths in the control group. For the age group  >75 years, the number was 92 and 65, respectively. The events of coronary heart disease for the statin group were 76, and for the UC group there were 89 reported events. Whereas for the age group >75, the CHD events were numbered at 31 and 39, respectively. It was noted that instances of stroke, heart failure and cancer, were similar in the two treatments groups for both age ranges. The authors acknowledged the drawbacks of this secondary analysis as a lack of specific adverse events, inclusion of individuals with potential use of statins at younger age, and other factors such as exercise, diet, and weight loss, which could weaken their conclusion. However, even with these limitations, the study warrants clinical merit.

In an accompanying editor’s note, Dr. Gregory Curfman, MD, Editor in Chief of Harvard Health Publications at Harvard Medical School, raises the imperative question of the safety of statin use in older individuals. He highlights the side effects such as muscle weakness, back conditions and other disorders. With the growing frailty and disability that the geriatric population faces, statin therapy needs to be administered with caution.