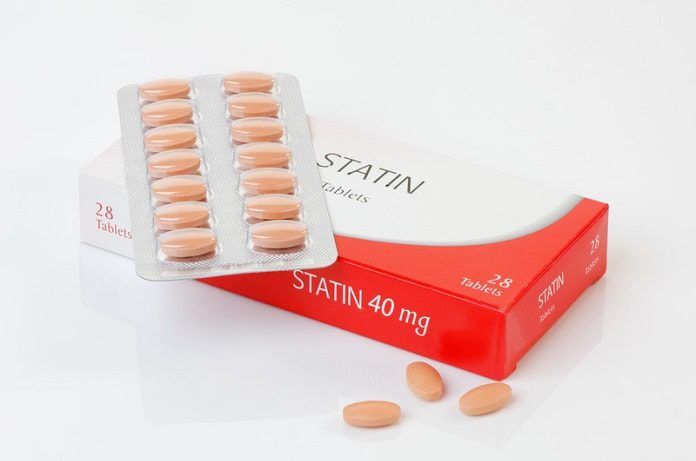 In addition to their use as blood cholesterol lowering drugs, statins were recently proposed to have another potential clinical use as radiosensitizing agents during radiotherapy. However, a recent prospective clinical study suggests that this effect may not be clinically relevant, at least in the context of brain metastases treatment.

Statins are routinely prescribed to reduce blood cholesterol levels in patients deemed at high risk of developing cardiovascular disease. They do so by at least two distinct mechanisms: 1) They interfere with de novo cholesterol synthesis in the liver and 2) They increase uptake of blood cholesterol (in the form of Low-density Lipoprotein particles) by hepatocytes. Collectively, statins rank among the most frequently prescribed drugs worldwide.

In addition to their efficacy in reducing risks associated with cardiovascular diseases, statins were proposed to have another potential medical use as radiosensitizing agents during radiotherapy (i.e. enhancing the efficacy of radiotherapy). However, most of these studies were performed in artificial experimental settings and therefore, their physiological relevance in the context of cancer treatment remains largely understudied.

To investigate this putative novel use of statins specifically in treating brain metastases, an Egyptian group led by Dr. May A. Shawki performed a prospective randomized clinical trial and their results were recently published in Oncology Research. Briefly, 50 adult patients suffering from brain metastases originating mainly from lung and breast primary tumors were enrolled. All of them were already scheduled to receive 30 Gy radiotherapy and none were under statin treatment before initiation of radiotherapy. Half were assigned to a control group administered with radiotherapy alone while the other half were administered radiotherapy combined with a daily dose of 80 mg of simvastatin, a member of the statin class. Early disease progression was monitored with a Magnetic Resonance Imaging (MRI) scan four weeks after radiotherapy initiation and follow-up scans were scheduled at 10 week intervals for an additional year. In addition to the radiological response, which constituted the primary outcome studied, secondary outcomes included Health-Related Quality of Life (HRQL) and 1-year Overall Survival (OS) rates, among others. In the end, complete data were available for 15 patients in the control group and 14 in the treatment group.

Overall, the authors report no statistically significant difference for any disease progression or survival parameters analyzed. Indeed, four weeks following radiotherapy, five patients in each group showed a partial response to radiotherapy. Furthermore, four and six patients for the control and treatment groups, respectively, showed stable disease progression as assessed by MRI. OS rates were also similar for the two groups. The only statistically significant differences reported in this study come from within group comparisons for a few parameters in the HRQL analysis. However, none of them were significant for between group comparisons.

In summary, despite the small sample size of this study, the results suggest that if statin does have a radiosensitizing effect, its impact is clinically irrelevant in the context of brain metastases treatment. However, these results should not be extrapolated to other cancer types for many reasons. First, brain metastases are very aggressive and advanced stage tumors and it remains unclear whether the radiosensitizing effect might be more pronounced at earlier disease stages or for other types of primary tumors. Supporting this latter possibility, a retrospective clinical study reported that statins had a radiosensitizing effect for primary breast tumors. Second, one of the major clinical issues in developing novel treatments from brain tumors is the existence of the blood-brain barrier, which selectively excludes many promising small molecule drugs from the brain and thereby greatly hampers treatment efforts. Thus, unlike most other tissues, the brain might be impenetrable for statin molecules, which may completely abolish its efficacy for brain tumors.