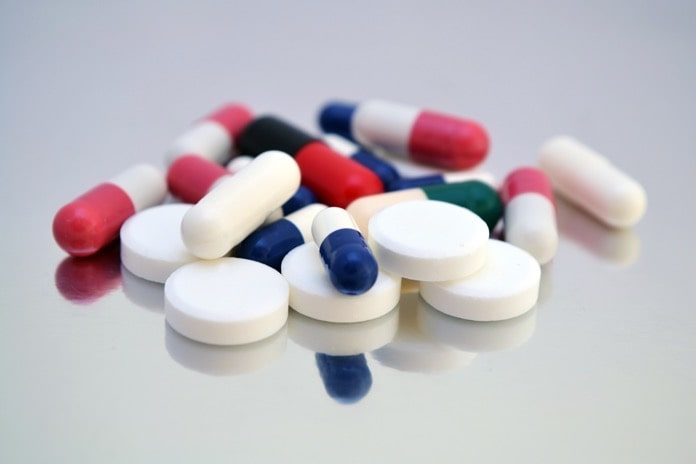 Researchers in Denmark conduct the world’s largest study to determine whether statins increase the risk of a brain hemorrhage in patients without a stroke history.

A hemorrhagic stroke occurs when bleeding in the brain causes swelling and increased pressure, resulting in damage to brain cells and tissues. Intracerebral hemorrhaging is when the bleeding occurs within the brain, while subarachnoid hemorrhages occur between the brain and the membranes that hold the brain in place.

Intracerebral hemorrhaging is the most difficult type of brain hemorrhage to treat but is far more common. It has a number of different causes such as hypertension, drugs that stimulate the sympathetic nervous system, advanced age and ischemia (lack of blood supplied to the brain).

It seems counter-intuitive then that a drug designed to prevent blockages in our arteries would contribute to brain hemorrhages, as they open up the arteries and allow a healthy supply of blood to reach the brain. So what do statins have to do with the brain bleeding?

What are statins and how do they work?

To answer that question we need to understand what statins are and how they work. Statins are the drugs prescribed to reduce high amounts of cholesterol circulating in the blood or hypercholesterolemia. Statins prevent cholesterol from being made by interacting with an enzyme in the liver known as 3-hydroxy-3-methylglutarylcoenzyme A (HMG-CoA) reductase.

When statins stop HMG-CoA reductase from working they prevent the conversion of HMG-CoA to L-mevalonic acid which is a precursor to cholesterol. This prevents cholesterol from entering the bloodstream and causing plaque build-up on blood vessels walls. When HMG-CoA reductase doesn’t work other isoprenoids are not produced. These isoprenoids are important molecules that are used in other metabolic pathways. This means statins have other effects on the body in addition to their role in cholesterol reduction.

Statins are thought to play a role in preventing blood from clotting through various mechanisms such as preventing platelets from aggregating and enhancing fibrinolysis. This is where fibrin is broken down to break apart blood clots.

The role statins can play in anticoagulation is thought to contribute to its role in increasing the risk of intracerebral hemorrhage. Scientists have also speculated that lipids play a role in the structural integrity of blood vessels and that statins reduction of cholesterol (a type of lipid) cause the blood vessels to weaken to the point where they burst and cause bleeding in the brain. It is important to note that these speculations have never been proven experimentally and the mechanism for why statins may cause bleeding in the brain is poorly understood.

What are the effects of statins on patients who are stroke-free?

There has been a lot of debate between scientists about whether or not there is an increased risk of brain hemorrhage and ischemic stroke in patients who had previously suffered from a stroke. There is even more uncertainty regarding the effect of statins on patients who are stroke-free.

In a recent study published in EClinicalMedicine, researchers in Denmark conducted the largest study in the world to determine if taking statins increased the risk of brain hemorrhages in patients who had not suffered a stroke. This group followed over half a million patients (519,894 individuals) for a period of 10 years by using information from Danish nationwide registers.

This study had a large sample size, sufficient observation time, a population-based setting, and complete follow up.  The researchers followed patients over the age of 50 and split them into two groups statin and non-statin users. The scientists used statistical modelling to account for variables such as age, sex, cohabitation status, education and income. They also took into account co-morbidities, such as hypertension and diabetes, as well as the parallel treatments for these diseases particularly medications that would influence the risk of stroke.

Lower risks of brain hemorrhages after six months of statin use

The researchers found that within the first six months of statin treatment, there was no difference in the risk of stroke and brain hemorrhage for statin and non-statin users. Interestingly, they found that after six months (180 days), statin users had a 22–35% lower risk of getting brain hemorrhages compared to their non-statin counterparts. These findings will have a large impact on public health as it may address the reticence doctors may have in prescribing statins to patients who have no history of stroke.

Dr. Anette Riisgaard Ribe stated in a recent press release: “With our study we can conclude that any concerns are unfounded among this group of patients and that such concerns could even be potentially harmful if they lead to doctors having second thoughts about prescribing medicine so that the patient does not receive the correct treatment.” Dr. Riisgaard Ribe is from the Danish Research Unit for General Practice and the lead author on this study.