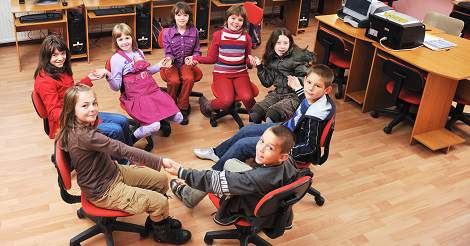 A study recently published in BMC Public Health has shown that SmokeFree Sports, a sport-for-health smoking prevention intervention, is effective at improving children’s attitudes towards non-smoking and increasing the level of individual cigarette refusal self-efficacy among girls, which may thereby help prevent children from smoking.

Smoking is an addiction that usually starts in adolescence. The earlier a child begins to smoke, the greater their chances of becoming a regular smoker and the harder it becomes to quit smoking. In fact, among adult smokers, around two thirds report that they started smoking before the age of 18. Nearly two fifths take up smoking regularly before the age of 16. Early start of smoking and continuing the habit in adulthood increases the chance of developing lung cancer and other diseases related to smoking. Preventing children from smoking is therefore a key public health importance.

Although the proportion of primary school children who have ever smoked is small, some children develop intentions to start smoking. Behavioural intentions to smoke, or one’s perceived likelihood that they will smoke, are worth paying special attention to as they are theorized to be the first step in smoking initiation and are predictive of smoking initiation in youth. Children’s intentions to smoke can be influenced by their cognitions related to smoking, such as attitudes towards smoking and their individual cigarette refusal self-efficacy (the confidence in their ability to refuse cigarettes and to be a non-smoker). Because children living in communities that are socially deprived (i.e. have reduced interaction between an individual and the rest of society) have an increased intention to smoke and hold onto misconceptions about the harmful effects of smoking, implementing a smoking prevention intervention program in primary school in such communities may prevent children from starting to smoke.

Sport-for-health interventions are programs that promote health and prevent disease by means of sport activities. Interventions commonly use approaches that involve participation like game-based learning and activities with sport coaches, who are regarded as important role models for youth, to communicate health promotion messages and positively influence attitudes. Sport-for-health programs have many potential advantages over traditional classroom-based smoking prevention education methods. To date, no study has examined the use of sport-for-health programs for smoking prevention in the UK.

This study, published in BMC Public Health, examined the short and medium term effects of a sport-for-health intervention on children’s intentions (not) to smoke and cognitions related to smoking such as attitudes and self-efficacy to refuse cigarettes, using a non-randomized controlled trial. The study targeted primary school children who were 9-10 years old and who live in Merseyside, North-West England. In total, 43 schools participated in the study and were clustered into two groups: the intervention group and comparison group. The intervention group was made up of 32 primary schools from Liverpool which received their usual smoking-related education plus SmokeFree Sports activities over 7 months; the comparison group consisted of 11 primary schools within Knowsley and received their regular smoking education only. Schools within Knowsley had characteristics that were alike to Liverpool in terms of adult smoking rates. Data collection occurred over 20 months with measurements at pre-intervention (September and October 2012) and post-intervention at 8 months (June 2013), while children were in grade 5 (aged 9-10) of primary school, and one year after the intervention had finished (June 2014) while children were in grade 6 (aged 10-11) of primary school.

The SmokeFree Sports intervention was delivered during school hours in Liverpool primary schools between October 2012 and May 2013. The intervention aimed to prevent smoking through fun, interactive and participatory sports activities delivered by coaches and teachers. The primary outcome was whether SmokeFree Sports is effective in increasing non-smoking intentions of the children; secondary outcomes were the influence of the intervention on children’s attitudes towards smoking and self-efficacy to refuse cigarette refusal (smoking-related cognitions). In June 2013 smoking-related intentions and cognitions were analyzed using self-reported questionnaires.

Quantitative data showed that the SmokeFree Sports intervention had no significant influence on children’s intention to smoke; children in both the intervention and comparison groups reported a strong intention not to smoke in the future. Based on findings from other studies, the researchers speculate that smoking prevention programs may be more effective if carried out in secondary school, as children may be more likely to have developed intentions to smoke if they are closer to the actual age at which smoking usually starts (i.e., 14-16 years of age). Qualitative data, however, indicated that children participating in the SmokeFree Sports intervention were more determined not to smoke compared to children in the comparison group. Therefore, a longer term follow-up study is needed to investigate whether implementing SmokeFree Sports during primary school is effective at reducing smoking intentions and smoking behaviour in adolescence, following the transition to secondary school.

As well, in comparison to those in the comparison group, children who participated in the SmokeFree Sports program were more likely to develop attitudes that are negative towards smoking immediately after the intervention, with children reporting that the intervention strengthened opinions against smoking.  Data from focus groups with children supported these findings and indicated that SmokeFree Sports activities made children more determined to remain smoke free and promoted children’s understanding of the harmful effects of smoking. Given that many primary school children living in communities that are socially deprived have pro-smoking attitudes, these findings are promising and indicate that SmokeFree Sports could therefore provide a mechanism for health education to eliminate existing misconceptions among children around the challenges and harmful effects of smoking. However, it is also important to note that the most of the positive effects of the intervention on attitudes were reduced one year after the intervention.

Considering that self-efficacy is subject to change over time, the researchers suggest that smoking prevention programs are carried out yearly in preadolescence and throughout adolescence until the end of secondary school. Furthermore, research is needed to determine if the SmokeFree Sports primary school smoking prevention program can help children in making a logical and rational decision not to smoke during a period when smoking is considered as accepted behaviour and more age-related.

Altogether, these findings may recommend that sport-for-health interventions provide a promising technique for smoking prevention efforts in youth, although a long term follow-up study is needed to examine whether the SmokeFree Sports intervention is effective at preventing smoking in secondary school. Considering that almost all children in the study had not developed an intention to smoke might suggest that smoking prevention programs should target early adolescents (11-13 years of age), who are closer to the actual age during which smoking starts.