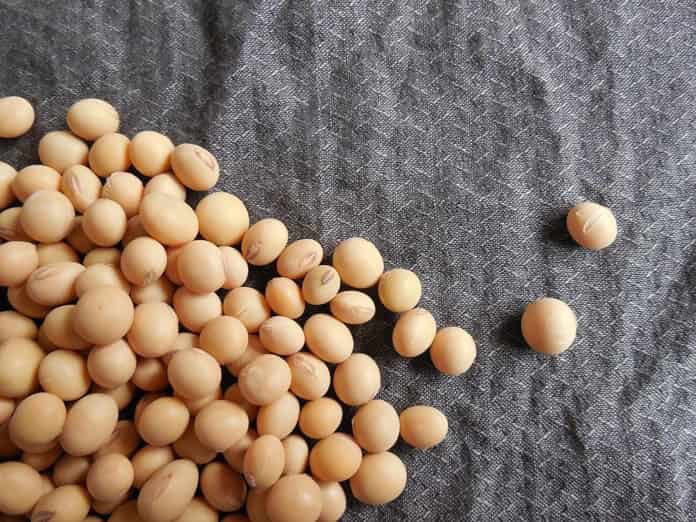 A recent study investigated the role of soy lecithin to address fatigue and improve other health-related parameters in middle-aged Japanese women.

Middle-aged women are vulnerable to symptoms associated with the menopausal transition including night sweats, hot flashes, insomnia, depression, and fatigue. Some studies have shown that fatigue is commonly reported and some women even report that they experience fatigue daily or weekly.

What is Soy Lecithin?

Soy lecithin is a mixture of the phospholipids commonly found in egg yolks and soy. These compounds help to maintain cellular integrity by repairing damaged cell membranes. Lipid replacement therapy (LRT) relies on phospholipids as a treatment to restore cell membranes, and some studies have shown that it is an effective treatment for fatigue. However, it is often administered in combination with other active ingredients in a formula, making it difficult to discern which compounds or combination of compounds is responsible for the benefit.

A recent study conducted by Japanese researchers and published in the Nutrition Journal explored the role of soy lecithin administered in isolation to treat menopausal symptoms, including fatigue, in middle-aged Japanese women. In a randomized, double-blind, placebo-controlled study, they assigned 96 women to receive either high-dose (1200 mg per day) or low-dose (600 mg per day) tablets of soy lecithin or a placebo for eight weeks. The researchers then assessed physical and psychological health parameters including symptoms of fatigue and insomnia at the beginning of the study, during the study at week four, and again at week eight following the study completion.

Of the 96 recruited participants, 89 completed the study. Overall, the women in the high-dose group experienced some improvements in cardiovascular function and fatigue compared to those in the placebo group. They showed significantly more vigor and improvements in diastolic blood pressure and the cardio-vascular ankle index at week eight. Although there were improvements in other measures of fatigue across groups, there were no significant improvements in these parameters between the groups. Insomnia-related assessments also did not differ between groups.

Soy Lecithin May Be a Safe and Effective Treatment

This study suggests that high-dose soy lecithin is a safe and effective treatment to improve vigor and cardiovascular function in middle-aged Japanese women experiencing fatigue. While there are qualitative differences in how fatigue is conceptualized and measured, it is unclear why women in the high-dose soy lecithin group experienced improvements in vigor compared to placebo, but there were no differences between groups in other measures of fatigue. The researchers acknowledge that a placebo effect may have occurred as women were informed that soy lecithin might improve fatigue and improvements were reported in all groups. Additional studies with larger, more diverse samples over longer periods of time are needed to further corroborate these findings.