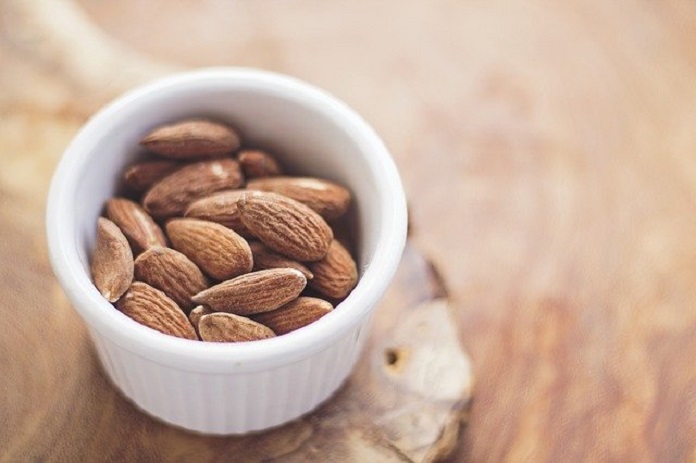 A recent study investigated the effects of daily snacking on almonds on cardiovascular risk factors.

Cardiovascular diseases (CVD) are the leading cause of death worldwide. The risk factors for cardiovascular diseases include high blood pressure, diabetes, high blood lipid levels, and abdominal obesity. Dietary guidelines have been established to mitigate risk factors. These include maintaining a healthy diet, regular physical activity, limiting intake of salt, sugars, and saturated fatty acids as well as avoiding tobacco and harmful alcohol use. Several studies suggest that daily consumption of whole almonds as snacks reduces blood LDL cholesterol without increasing body weight and is associated with a decreased risk of cardiovascular diseases. Many dietary experts recommend including almonds in the diet as they are rich in protein, dietary fiber, unsaturated fatty acids, and micronutrients.

The endothelium is a thin layer of cells lining the inside of the blood vessels and is responsible for regulating vascular tone (the balance between blood vessel constriction and dilation). According to several studies, impaired endothelial function precedes atherosclerosis and is characterized by increased oxidative stress and chronic inflammation of the endothelium, which are factors associated with obesity and elevated levels of liver fat.

The study recruited men and women, aged between 30 and 70 years old, with a high risk of cardiovascular diseases from across London, UK and the surrounding areas between March 2017 and January 2019. The participants were randomly assigned to two groups and followed for six weeks. Participants in one group consumed whole roasted almonds, while those in the other group were given mini-muffins (control snacks). All participants consumed the control snacks for two weeks before starting the intervention phase of the trial. The researchers assessed the participants’ endothelial function and liver fat at the beginning and the end of the trial.

The study reported that almond consumption was associated with around four percent unit increase in endothelium-dependent vasodilation in comparison to the control snacks. However, no differences in the amounts of liver fat were found between the two groups, suggesting that eating almonds, though a high-fat food, does not modify liver fat in either direction. The study also reported a decrease in blood LDL cholesterol levels in the participants who consumed almonds as compared to those in the control group. Researchers observed an increase in the long-phase heart rate variability parameter during sleep in the participants given almonds, indicating a higher parasympathetic regulation at night.

The findings of the study suggest that replacing the usual snacks with almonds can have a beneficial impact on cardiovascular health by improving endothelial function and reduce blood LDL cholesterol. According to the researchers, almond consumption has the potential to lower the risk of cardiovascular diseases by approximately thirty percent and can possibly play an important role in improving cardiovascular health.

How does Metamucil work?

Is ginger good for lupus?