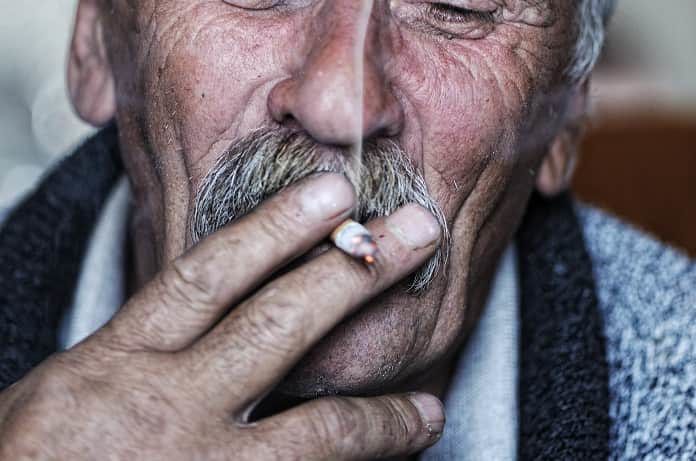 Smoking is a common bad habit and has the reputation for being one of the leading causes of heart and lung diseases. It is an incredibly addictive habit because of the presence of tobacco in most cigarettes, which contains the addictive chemical agent nicotine. Nicotine stimulates the parasympathetic nervous system of the body, creating a sense of relaxation. It affects nervous system functions such as mood, memory, and appetite. Nicotine also increases the feeling of reward, and it is because of this reason that smoking is a common habit to de-stress and relax, even though it is harmful. Known to deposit in various parts of the body after inhalation and absorption, it also has the potential to cause cancer.

Researchers recently published a study in JAMA Internal Medicine to understand the exact nature and scope of the use of smoking cessation aids among smokers hospitalized for coronary heart conditions. Using data obtained from the Premier Alliance database in 2014, the researchers examined the effectiveness of providing smoking cessation treatment in 282 US hospitals. The use of varenicline tartrate, bupropion hydrochloride, and nicotine replacement therapy, including the nicotine patch, gum, lozenge, and inhaler were studied.

There were 36,657 participants who had cardiac heart disease and were smokers.  Of these, 8,316 patients received smoking cessation therapy during their hospitalization.  Information could not be collected, however, about whether patients who were not on medications were offered them and refused, or if they were not offered at all. The most common treatment was found to be the use of the nicotine patch. Smoking cessation pharmacotherapy was common if patients had chronic lung disease, depression, and alcohol addiction.

Many patients with a cardiac event have a history of being chronic smokers and clinicians have faced difficulty in getting patients to quit so that their therapy for cardiac recovery is successful. The researchers are hopeful that the outcomes of these studies will motivate hospitals to adopt policies that encourage physicians to routinely offer smoking cessation therapies to smokers hospitalized for cardiac events. Hospitalization for a cardiac event may provide patients with a strong motivation to quit, while simultaneously allowing physicians a unique teaching and treatment opportunity.