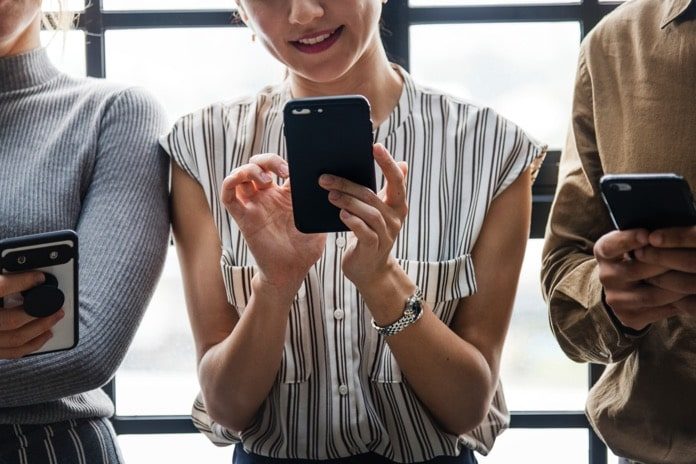 A recent study published in Frontiers in Psychiatry determined the overall health effects of smartphone use in Australia.

Smartphones keep us connected, well-informed, readily available, and so much more. Although there are varying benefits to smartphones, there are also negative aspects. This includes unhealthy attachments to and reliability on smartphones. The negative effects of smartphones include disconnected real-life relationships and sedentary behaviour.

Studying the overall effects of smartphone use

In a study published by Frontiers in Psychiatry, researchers studied the effects of smartphones. They compared trends of smartphone use in 2005 and 2018, and determined if the use of smartphones has impacted road safety in Australia. This study took place in Australia and all data refers to the Australian population. The participants’ ages ranged from 18-83, with a total number of 709 participants in this study. Most participants were between the ages of 56-65.

This study used the 27-item Mobile Phone Problem Use Scale (MPPUS). This tool helped researchers see if participants used smartphones for distraction, whether or not they had a hard time turning their smartphones off, possible experiences of smartphone withdrawals, and more.

The MPPUS also gave researchers an insight into how often participants used their smartphones. Researchers also searched for findings related to smartphone use while driving a vehicle. They took this information and performed an exploratory factorial analysis – a technique that allowed them to analyze data just as 2005 data was analyzed.

They placed participants into one of four categories:

When studying smartphone use while driving, researchers categorized participants as either normal phone users or problematic phone users.

They found that individuals between 18-24 years old (40.9%) were more likely to use their smartphones than participants’ aged 25-59 (23.5%) or 60 years and above (3.2%). Problematic smartphone use was shown more in younger participants than in older participants.

Participants would rather use smartphones than face day-to-day issues

Australian participants also reported feeling lost without their smartphones in 2018. Due to the usage increase since 2005, participants claimed to have experienced poor sleep from being on their phones.

They also discovered that some participants would rather use their smartphone (mainly those aged 18-25 and 26-35) than face day-to-day issues. Most people felt that if they did not have a smartphone, it would be harder for their friends to contact them. Both males and females (but mostly males) claimed that using their smartphones negatively affected their productivity. It was found that anxiety, depression, and stress were linked to smartphone use in Australia in 2018.

Many individuals use smartphones while driving

Limitations of this study included the gathering of results; participants self-reported their smartphone usage, so there could have been some misjudgements. Further studies on the effects of smartphones should rely on precise data collection by using a monitor.