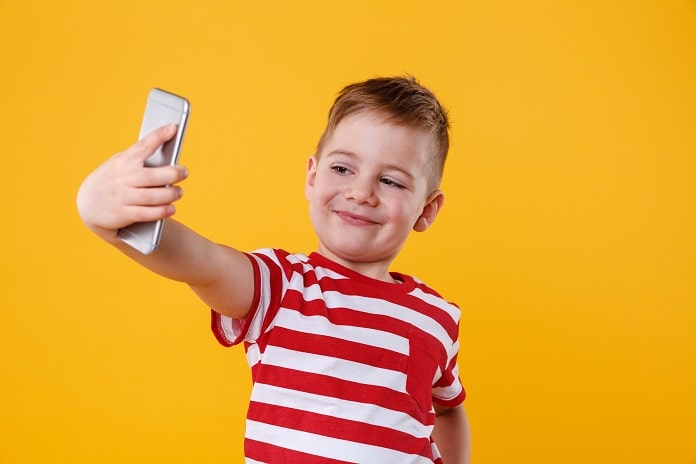 Noticing minute changes from the everyday norm is hard for a paediatrician who typically sees children only once a year. A primary example of this is the development of retinoblastoma, a serious malignant cancer that develops in children five years old or younger. To test for retinoblastoma and other eye diseases, paediatricians look for an abnormal or asymmetric pupillary reflex called leukocoria. Leukocoria, a symptom of common or rare childhood eye disorders, typically presents as a white or yellow-orange reflex encompassing part or the whole of the pupil. Unfortunately, the effectiveness of this method is around  8% of cases.

Researchers from Baylor University, Bryan F. Shaw and Greg Hamerly, developed a smartphone app to detect leukocoria in photographs. By utilizing the likelihood that a parent will photograph their child frequently throughout their childhood, the app would serve as a constant reoccurring test for leukocoria detection. The ultimate goal was not to remove the role of a paediatrician, but to help and educate parents about the signs or symptoms of early eye disease in their children.

CRADLE (Computer-Assisted Detector of Leukocoria) is a smartphone app that can be downloaded from the app store on either Apple or Android smartphones. The app privately analyzes images stored on the user’s device and searches for abnormal light reflections that may indicate leukocoria. Science Advances published the study assessing the accuracy and sensitivity of CRADLE, and the likelihood of leukocoria detection before clinical diagnosis.

The study used over 50, 000 photographs of children with and without diagnosed eye disorders (including retinoblastoma, Coats’ disease, cataract, amblyopia, or hyperopia) to assess CRADLE’s accuracy and sensitivity, as well as the likelihood of leukocoria detection before clinical diagnosis. A group of three researchers examined each photograph and manually categorized them as leukocoric or non-leukocoric through a standardized quantitative scale of photographic leukocoria. The researchers found that CRADLE had the capability of detecting pathologic leukocoria in photographs taken in various environments and angles, such as low resolution or low brightness photographs. The smartphone app was also able to detect leukocoria in children of different races.

Retinoblastoma typically develops in children two years old or younger. This was taken into consideration and CRADLE’s sensitivity for this age group was over 80%. This threshold is considered by ophthalmologists to be the ‘‘gold standard“ of sensitivity for similar devices.

It was recommended that photographs be taken with the flash, as leukocoria presents with the reflection of light; because of this, the flash may produce the most accurate results. In addition, any photographs taken must include the entire face and at least one open eye. It was noted that CRADLE would not be able to detect anything in images with faces that are covered.

This study shows that potential of CRADLE, with its ‘gold standard’ detection capabilities. The smartphone app is meant to augment and improve the traditional clinical leukocoria screening process. It is suggested that it may be more effective at detecting signs of leukocoria in large libraries of various photographs with multiple examples of leukocoria, as opposed to a small library with one instance of photographic leukocoria. Nonetheless, the smartphone app is just one of many examples of how technology can be integrated to enhance traditional medicine.