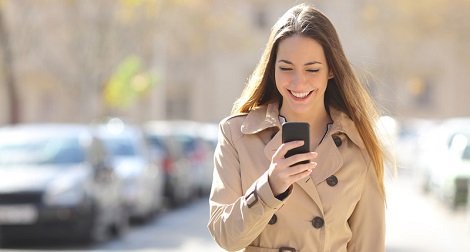 A three-month study suggests feasibility of an app designed for self-management of bipolar disorder, by encouraging bipolar patients to self-report and self-monitor

Bipolar disorder (BD) is a brain disorder that causes patients to experience dramatic shifts in mood, energy and activity levels. BD has a serious impact on relationships, social interactions, cognition and quality of life for those afflicted, and can dramatically interfere with the ability to perform day-to-day tasks.  Self-management for those afflicted with BD is therefore a critical challenge.

The rise of the internet has led, in recent years, to experimentation with technology-based psychoeducation programs for patients with BD. In a recent study published in the Journal of Affective Disorders, researchers tested the effectiveness and feasibility of using a smartphone app as a tool to help patients monitor their subjective symptoms and anticipate the need for intervention or self-management.

The study was conducted over a three month period. Participants in the study were given an app to install on their smartphone, and assisted with basic setup to configure it for their use. The app required users to answer a 5-question assessment once per day, monitoring their mood, energy, sleep time, medication adherence and irritability. A longer, more comprehensive assessment was also required once per week, and included assessment of criteria for manic or depressive episodes, as well as suicidal thoughts.  Participants were prompted to conduct the assessment through system notification pop-ups generated by the app.  If the daily assessment scores suggested noteworthy variations in clinical markers, additional assessments would be automatically added to provide closer monitoring. Patients reporting suicidal thoughts received a message recommending that they call emergency services, and an email alert was automatically sent to the research team.

Researchers considered that results of the study showed a satisfactory level of adherence to use of the app. Of the 51 participants who began the study, 46 (94%) were still using the app after the first month; that number dropped to 40 (82%) participants after two months, and 36 (74%) after 3 months. As long as participants continued using the app, they completed 88% of the daily tests and 100% of the weekly tests. A total of 10 suicide alerts were received and responded to, although four were false alarms generated by patients testing the system.

In addition, participants themselves indicated a relatively high satisfaction level with the app. When surveyed, over 86% agreed or strongly agreed that the experience of using the app was satisfactory.  82% also reported that the application was useful for the self-management of their condition.

The authors of the study conclude that these results support the feasibility of this form of intervention for management of BD as an add-on to usual treatment for the condition.