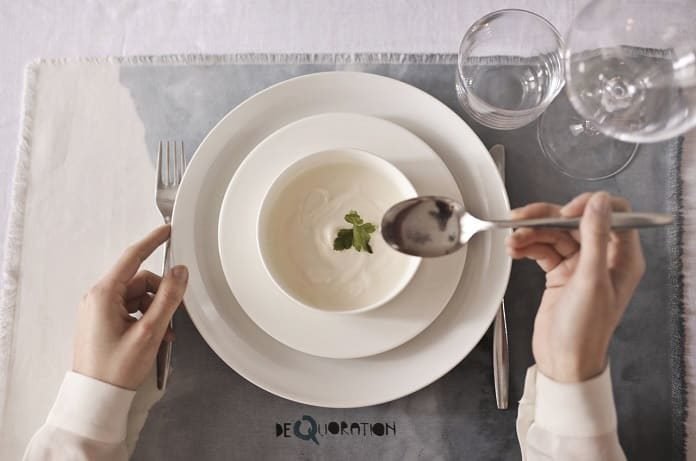 A recent study published in the British Journal of Nutrition examined how spoon size might help with food portion control.

Obesity is a global public health issue and it is important to find ways to help control the intake of food and promote healthier eating styles. However, there is a lack of data examining how cutlery size can impact food intake or eating behaviour. Without a doubt, obesity is a leading cause of economic burden and also impacts health care costs by creating a high risk for a number of diseases.

In a recent study published in the British Journal of Nutrition, researchers investigated how spoon size may help with food portion control. The researchers performed the investigation through two studies. The population studied was based in Finland and both studies conducted a familiarization trial during which height, weight, and subcutaneous fat levels were measured. In both studies, the subjects consumed a porridge breakfast and were told to eat until they felt full. The subsequent experimental trials involved subjects eating with a teaspoon (small) and a dessert spoon (large) randomly. Appetite measures were made prior to the meals and also after the meals.

The first study involved subjects consuming porridge breakfast with instructions to eat until they were comfortably full. A custom-made booth ensured minimum distractions and also allowed experimenters to serve the food with minimal interactions with the subject. They ate until half or three-quarters of the bowl was consumed and water was available throughout the meal with the amount consumed measured before and after. The researchers told the subjects that this study was to gauge how effectively the breakfast meal could be reproduced exactly.

During the second study, subjects were also seated in a booth with minimum distractions during the meal. To blind subjects to the study, the true reason behind the study was not disclosed. The subjects are told during the meal that the study looks at the subjective appetite with respect to different spoon size. The subject ate meals in front of a one-way mirror and the meal served in a single bowl was provided with the instruction “eat until you finish the bowl”. The experimenter observed and recorded each time the subject took a spoonful from the bowl and each time they took a mouthful from the spoon. The total time to consume the meal was also recorded to determine how spoon size helped with food portion control.

The main findings from these two studies are that people took more spoonfuls, more time and more bites to finish the standardized meal when eating with the small spoons. This concludes that the mean bite size and mean eating rate are both lower when using a small spoon to eat. This is in line with a recent study that found that slower eating resulted in lesser energy intake than eating faster. The decreased bite size involved in eating with smaller spoons slows down intake of food and thus intake of energy.

This was only a small-scale study on food portion control and only provided preliminary findings. More extensive research is clearly important to provide findings that are applicable to larger samples.