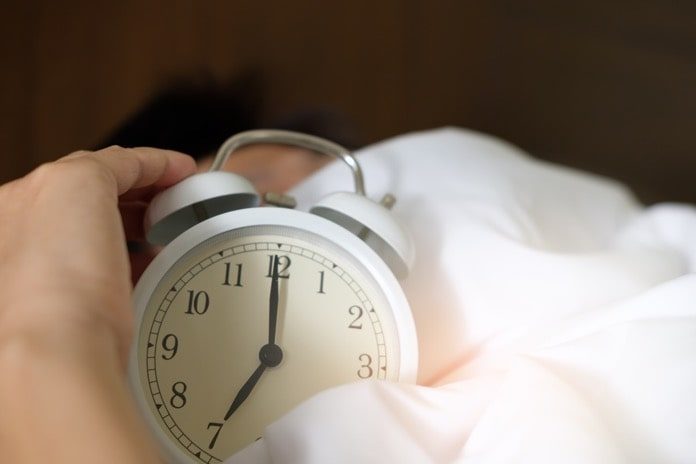 Sleep is essential to our overall well-being, but sleeping too much or too little can increase the risk of heart problems and death. Researchers studied how sleep duration impacted this risk.

Humans need sleep. It has been an age-long remedy to the aches and pains of an active day. We use sleep to reenergize and reanimate ourselves. It can be an escape from our worries and an aid to our memory. In short, sleep is essential to our overall well-being.

Approximately one-third of our days are spent sleeping. However, the amount of sleep individuals get varies based on life commitments and medical conditions. In turn, sleep duration can also control health and well-being. Sleeping too much or too little impacts the frequency of heart problems in communities. This is critical information to gain given that poor heart health is a leading cause of death. Recent research on this topic has been inconsistent thus far.

Research has shown time and time again that six to eight hours of sleep a night is optimal for health. It is the amount linked with minimal risk of disease or fatality. Researchers from McMaster University in Hamilton, Canada sought to understand how sleep duration relates to incidences of major cardiovascular events or death. They published their results in the European Heart Journal.

Their aim was to look at how nighttime sleep duration and napping patterns affected people’s risk globally, not just within Canada. To do this, the research team used data from the Prospective Urban Rural Epidemiology (PURE) study. This study includes participants from seven geographic regions around the world. 21 low-, middle-, and high-income countries collectively provided 225,000 participants aged between 35 and 70 years.

Of the thousands of participants, the data of 116,632 subjects were included in this study’s analysis. The researchers accounted for age and sex in one analysis. In another, they adjusted for age, sex, education, smoking status, alcohol consumption, and type of residential area. In addition, their status of diabetes, high blood pressure, respiratory disease, depression, and family history of heart disease, were factored in.

Sleeping too much and too little are both detrimental to health

As mentioned, the recommended sleep time is six to eight hours. Subjects who slept more than nine hours a day were assessed as sleeping too much. They were more likely to be females, smokers, less educated, living in rural areas, and suffering from high blood pressure. Those who slept less than six hours had higher body-mass indices, waist-to-hip ratio, and the chance of having diabetes. Both groups were more likely to have symptoms of depression.

Regarding cardiovascular problems, sleeping six to eight hours had the lowest risk for this. Sleeping any amount of time aside from these durations increased the risk of such health conditions. When looking at the risk of death, this likelihood was most notably higher for those who were sleeping too much (greater than 9 hours). It was not as risky for those sleeping less than six hours. Day time naps showed a link to higher risk of both heart disease and death when individuals got over six hours of nighttime sleep per day. Interestingly, this was not the case for nappers who slept short durations (less than six hours) at night.

Overall, the lowest risk for adverse cardiovascular events and death were seen in those who sleep six to eight hours per night. Sleeping either more or less than this amount is risky. Daytime napping did not increase the risk for those who were sleeping less than six hours per night. Yet, a significant risk was imposed if naps were taken in addition to sleeping too much at night.

While this study reaffirms the ideal nighttime sleep duration, the methods used left room for discrepancies in data reporting. Sleep time was measured as the time the study participant laid down for bed. However, not everyone falls asleep immediately; awake time at night could not be measured. Not to mention, there are various sleep disorders that can affect a person’s ability to either fall or stay asleep. This, in turn, affects their overall health and perhaps their risk of cardiovascular disease and death.

Nonetheless, the diversity of the thousands of people surveyed is incredibly beneficial. It allows for the findings to be applied more accurately across various populations. This research shows that daytime naps and sleeping too much increases the risk of adverse health conditions. However, adjunct naps used to compensate for little nocturnal sleep can reduce the severity of such risks.