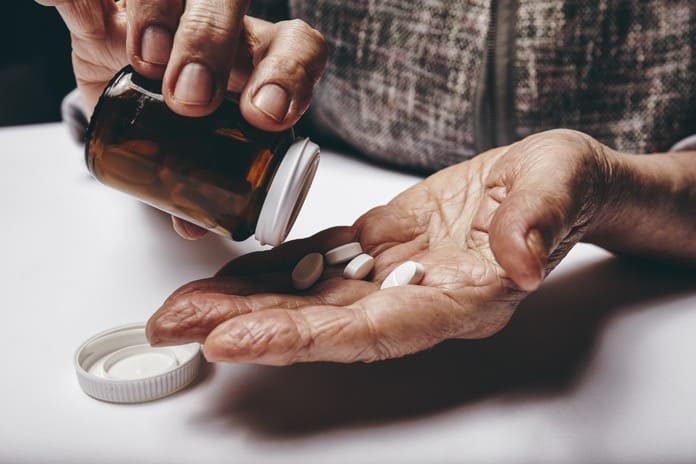 Sleeping pills are commonly prescribed to treat insomnia. A recent study investigated if non-benzodiazepine sleeping pills increase the risk of falls and fractures in adults.

Insomnia, or difficulty sleeping, can have a negative effect on an individual’s quality of life. Doctors commonly prescribe hypnotic drugs, commonly known as sleeping pills, to make it easier to fall asleep.

A number of clinical studies have sought to determine if non-benzodiazepines also increase the risk of falls and fractures. The results have been mixed, with some studies finding an increased risk, and others not. Researchers in Israel combined the results of all these previous studies and analyzed the results together, hoping to arrive at a more definitive answer. The results of their analysis were published in the scientific journal Age and Ageing.

The researchers sought out all previous studies that compared falls or bone fractures between:

They found 14 studies that met their criteria. Altogether, the studies included data from just over a million people.

The researchers combined the results of ten studies, including 830,877 participants, which sought to determine if bone fractures were more common in adults taking non-benzodiazepines. They found that adults taking non-benzodiazepines were, on average, 1.6 times more likely to have suffered a bone fracture than adults who were not taking these drugs.

These studies often combined patients taking different non-benzodiazepines, and it is possible that different drugs may present different risks. Unfortunately, only one drug, zolpidem, was common enough that it could be analyzed on its own. The researchers found that study participants taking zolpidem were, on average, 1.4 times more likely to have a fracture than those who were not taking non-benzodiazepines.

Older adults are at increased rates of falls and fractures. For this reason, the researchers separately analyzed those studies that only included adults over 65 years of age. They found that older adults taking non-benzodiazepines were, on average, 1.7 times more likely to have fractured a bone compared to older adults who were not taking the drugs.

Adults taking zolpidem were more likely to be injured

Non-benzodiazepine sleeping pills may increase the risk of falls

Patients taking sleeping pills may suffer from drowsiness and decreased alertness, which makes them more susceptible to falls. This, in turn, is presumably responsible for the increased injury rates.

The researchers found three studies, with a total of 19,505 participants, investigating if adults taking non-benzodiazepines were more likely to fall than those not taking those types of drugs. When they analyzed the studies together, they found a tendency for adults taking non-benzodiazepines to be at increased risk of falls. However, the three studies reported such a broad spread of results that the researchers could not be completely confident that non-benzodiazepines were truly linked to an increased risk of falling. The researchers concluded that there likely was an effect, but it was not as clear as their results for fractures or injuries.

The researchers suggested that more studies are needed to investigate if non-benzodiazepine sleeping pills increase the risk of falls. Accurately measuring the number of falls is difficult because it usually depends on questionnaires or surveys, and the results are dependent upon the participant’s accurate recollection and perception of past events.

In contrast, the number of injuries or bone fractures can be objectively determined from medical reports. The researchers speculated that this is the reason why they could not conclusively confirm that there was a relationship between non-benzodiazepines and falls.

There were other limitations to this study. Notably, most of the studies did not investigate how age and gender contributed to their results. This is important since increased age and female gender are both associated with an increased risk of osteoporosis. Osteoporosis can make bone fractures more likely. Furthermore, none of these studies directly compared non-benzodiazepines and benzodiazepines.