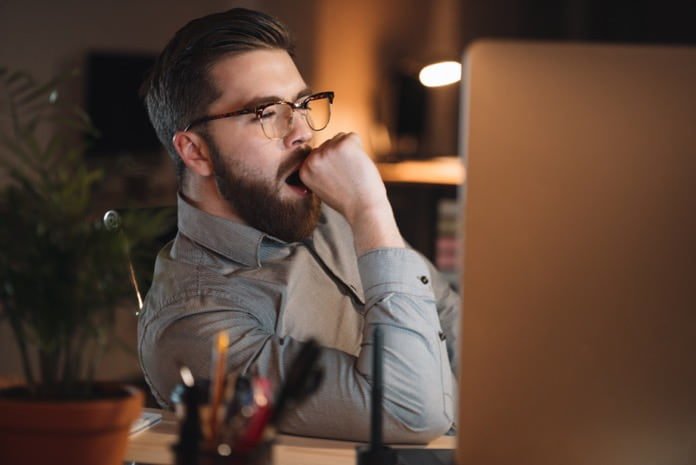 A French team investigated the disruptive effects of night-shift work on sleep patterns and sleep disorders in the French pastry industry.

Shift work has many disadvantages. Not only can it impact family and social commitments, but it can also impact an individual’s sleep quality. Night-shift workers find that sleep during daylight hours is often shorter and of poorer quality than sleeping at night. Many studies looking at the impact of shift work have found that sleep loss can contribute to sleep disorders and even chronic diseases. These studies, however, focused on shift workers in large companies who receive compensation for the inconveniences posed by shift work. A French study, recently published in BMJ One, looked at how shift work affected individual and small business owners and their employees.

The team conducted a cross-sectional telephone survey of 2622 night shift workers. The participants, including 1313 men and 1309 women aged 22-50 years, included pastry producers and shopkeepers working in the French pastry industry. The team asked the workers a series of questions about their sleep habits, including the total amount of sleep the workers obtained during workdays, what they considered to be the ideal amount of sleep, and whether they took naps during work days. The team also asked the participants a series of questions designed to expose the prevalence of sleep disorders, such as sleep apnoea and sleepiness.

Although the participants managed to get an average of about six to seven hours of sleep in a 24-hour period, they indicated that they would ideally like seven to eight hours sleep on work days. Women tended to sleep for longer, and also desired slightly more sleep than men.

Many workers made up for lost sleep by napping. Over half of the pastry producers (58%) took a 75-minute nap to gain more sleep, which is in keeping with recommendations for night-shift workers. This is not surprising considering that pastry producers start work between 3:00 am and 7:00 am. In contrast, only 23% of shopkeepers, who start work between 6:00 am and 9:00 am, required a shorter 45-minute nap. It is worthwhile mentioning that although 90% of the male participants were pastry producers and 74% women were shopkeepers, napping increased with age in both sexes.

Sleep disorders were relatively common. Of the participants, 9.3-11.5% had a moderate sleep debt – the difference between the actual and ideal sleep times, and 5-6% had a severe sleep debt. Similarly, 12.4% suffered moderate excessive sleepiness and 2.9% severe excessive sleepiness, both of which seriously affected the individual’s ability to drive safely. Approximately one-quarter of the participants suffered from chronic insomnia, and up to one third had symptoms suggestive of obstructive sleep apnoea. Notably, insomnia was more common in women and sleep apnoea in men.

Regulating the density of fast-food restaurants in the community

Although the survey results were subjective and the sleep disorders were not clinically confirmed, this study demonstrates that sleep loss and sleep disorders are just as problematic for shift workers in individual or small businesses as they are for those who work in larger, better-resourced companies. As workers in small or individual businesses may not have the same recourse to compensation available to them, strategies to protect the health of night-shift workers must encompass workers in large and small businesses alike.