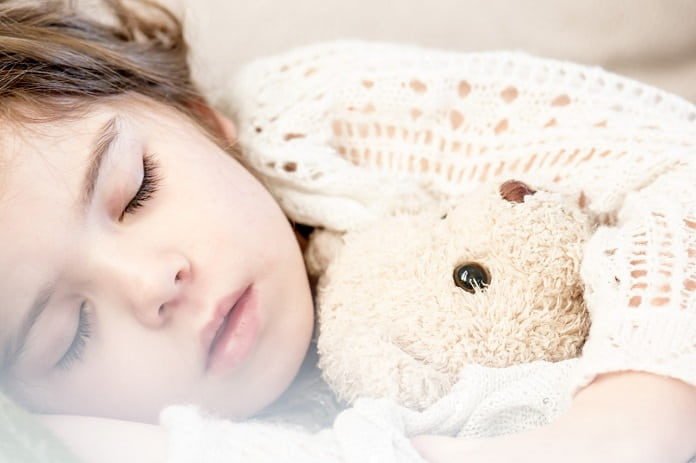 Child obesity prevention may help lower adult obesity rates. Researchers studied the impact of sleep and nutrition-activity interventions on reducing the risk of obesity in children under five years old.

The obesity epidemic is not limited to any age group. In Canada, one in four adults and one in seven children are obese. Lowering obesity rates will also reduce many other adverse health effects. Difficulties with effective adult interventions have shifted the focus toward child obesity prevention. Academics and public health institutions have increased their focus on this topic because of limited research in this field.

At the University of Otago in New Zealand, researchers began to look at child obesity prevention in 2011. Their study evaluated the importance of sleep habits in two-year-old infants. They found that shorter sleep durations were linked to a higher risk of obesity. An infant’s ability to self-regulate their sleep – that is, fall asleep without external aid – was a vital factor in predicting incidences of obesity. Building on this, the researchers conducted a follow-up study earlier this year. Their work was published in the American Journal of Clinical Nutrition.

The researchers looked at how much sleep, and nutrition-activity interventions impacted infant body-mass index (BMI). A total of 800 children between the ages of 3.5 and 5 years old were placed into one of four groups:

Parents of the children in the sleep group were offered education and support regarding infant sleep. This included learning to recognize signs of fatigue and skills to aid infants to settle themselves into sleep.

The other intervention group focused on food, activity, and breastfeeding (FAB). Parents received support on healthy eating as a family and physical activity promotion. They also had access to a lactation consultant.

The control group did not receive any intervention. Instead, they had usual access to Well Child, a program offered by the New Zealand government. This program was accessible to any family in the country, including families from the other two study groups.

The Well Child program includes free health services to families with children under five years of age. It offers education on a child’s needs at different developmental stages, immunizations, and community support services. The program does not explicitly focus on child obesity prevention. Rather, it broadly supports a child’s positive growth.

The study subjects and their parents were assessed in the clinic. Children’s waist size, weight, and height were measured. Two behavioural tasks were performed to determine their ability to “self-regulate”. The parents also completed questionnaires to assess their child’s temperament and sleeping habits. Sleep is important for long-term child obesity prevention

The findings showed that children whose parents received support for nutrition and activity, along with the Well Child program, had higher BMI scores. They also had double the risk for obesity compared to the control group. It is unclear why this is the case.

Possible errors or limitations with height, weight, waist size, and behavioural measurements may contribute to this unclarity. However, it does suggest that extra guidance may not be effective in the long-term. Yet, sleep and sleep resources seemed to play a large role in predicting childhood obesity. Though this is something that is not often immediately associated with obesity, its influence on maintaining overall health cannot be undervalued. Focusing on good sleep practices, reducing a child’s opposition to sleeping, and targeting other behaviours will show promise in child obesity prevention and further research.