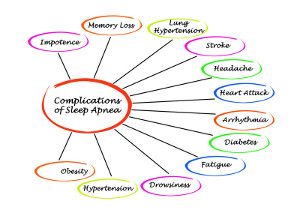 Sleep apnea is a common disorder where one or more pauses in breathing during sleep occurs, resulting in sleep fragmentation and a reduction in the level of oxygen reaching body tissues. There is a growing amount of evidence indicating that sleep apnea appears to be correlated with chronic kidney disease. Well-known risk factors for chronic kidney disease include hypertension and diabetes, but recent evidence suggests that sleep apnea could be another factor associated with the disease.

The study investigated the risk of chronic kidney failure development following a sleep apnea diagnosis and compared the contribution of sleep apnea to chronic kidney disease relative to well-established causes like hypertension.