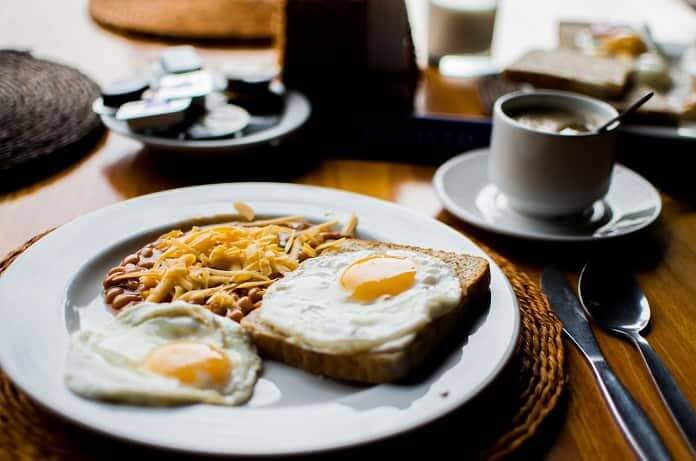 Researchers from the UK investigated the effect of skipping breakfast on daily caloric intake and physical activity in adolescent girls.

The Importance of Eating Breakfast

Many of us have heard the saying that “breakfast is the most important meal of the day”.  Yet, despite a plethora of research, there are few conclusions regarding the best time to eat this first meal of the day or what size meal is best.  The veracity of this adage may depend more on your daily habits, preferences, and on how old you are.

For example, some people don’t feel hungry when they wake up. Others may perform shift work so that the first meal of the day is typically dinner. Those who exercise first thing in the morning often disagree about whether to eat before or after exercising and ideal portion sizes. Additionally, few would argue that sugary cereals or pastries are better than eating nothing at all.

However, research has indicated that eating breakfast can provide energy throughout the day, reduce sugar cravings and minimize overeating later in the day.  This is particularly important given that the rising rates of obesity, diabetes, and heart disease are major health concerns in many countries around the world.

For kids, eating breakfast has added benefits. Studies have shown that eating breakfast, especially one with both protein and fibre, has a positive influence on how well they do in school.  There is evidence that children who eat breakfast have more energy in school, are better able to concentrate in class, and perform better on academic tasks and tests.  Also, children who eat breakfast are generally in better overall health possibly because many breakfast foods offer an ideal opportunity to fortify a child’s diet with protein, fibre, and vitamins such as calcium and vitamin D.

Nonetheless, about one-third of adolescents regularly skip breakfast.  One major reason is that many teens are sleep deprived and would rather get an extra 15 minutes of sleep than taking time to eat a proper breakfast.  Natural sleep cycles for teens shift toward later times for both falling asleep at night and waking in the morning.  In addition, early school start times paired with afterschool clubs, sports, and jobs often mean later bedtimes to complete homework.  Research also indicates that it is more common for teenage girls to skip breakfast.  Some experts believe that bypassing breakfast may be motivated by a desire to control weight gain.

In a recent study published in the British Journal of Nutrition, researchers from the UK conducted a randomized, controlled trial to investigate how skipping breakfast effected daily caloric intake and levels of physical activity in adolescent girls.

Forty teenage girls were recruited to participate in this study.  For three consecutive days, half the girls skipped breakfast and half ate a standardized breakfast (56.3 g Weetabix, 188 ml skim milk, and 375 ml orange juice) so that the overall nutrition was both known and consistent.  The research team noted that the protein, fibre, and carbohydrate content for the standardized breakfast was higher than the girl’s habitual breakfasts.

In addition, each girl took digital pictures of all the food they ate during the day and wore a wrist accelerometer to measure overall activity.  This procedure was then repeated a second time so that each girl participated in each intervention and provided a total of 6 days’ worth of data.

They found that the girls who skipped breakfast consumed, on average, 483 kJ/day more than did those girls who had eaten breakfast throughout the rest of the day.  Since the standard breakfast contained 1962 kJ, the overall calorie intake increased when the adolescents ate breakfast.   Also, the daily intake of protein and fibre was higher when the girls ate breakfast, although their overall consumption of fruits and vegetables remained unchanged.  Lastly, there was no significant difference in the overall levels of physical activity between each group.

The results of this study support previous research that skipping breakfast often leads to increased eating during the day, but the increased caloric intake was not more than the calories of the missing breakfast.  This results in fewer overall daily calories.  Further research could investigate the effects of breakfast omission on blood sugar levels, weight control over time, daily fat intake, or whether similar effects are seen in male teens.