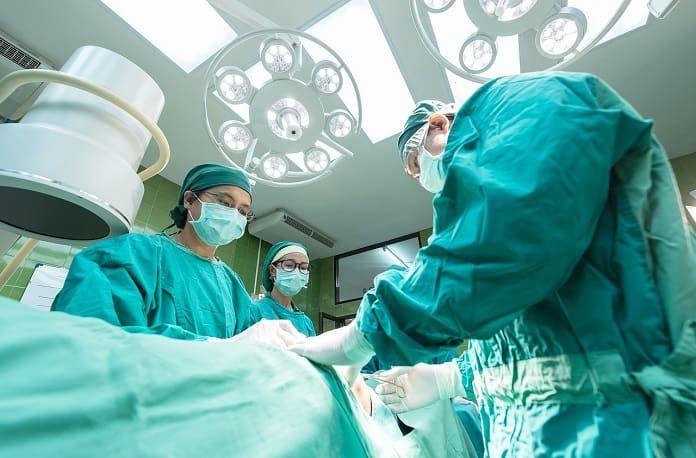 A study recently published in the BMJ explores the efficacy of shoulder surgery as a treatment for shoulder impingement syndrome.

Several treatment options are available for the syndrome, although arthroscopic subacromial decompression (ASD) is most commonly recommended. During this shoulder surgery, surgeons smooth the acromion bone in the shoulder to create more space and facilitate pain-free movement.

In a recent study published in the BMJ, researchers examined how well ASD shoulder surgery treats shoulder impingement syndrome, using diagnostic arthroscopy as a placebo. Researchers recruited patients from 35-65 years old with shoulder pain that was persistent for over three months and not due to muscles tears. They then randomly assigned participants to a surgery group or an exercise group.

The exercise group participated in personalized exercise regimens, both at home and with a physiotherapist. Those in the surgery group were randomly assigned again into a group to be treated with ASD or a group to undergo diagnostic arthroscopy which involves using a scope in the shoulder joints to diagnose any conditions.

Following the procedure, participants in both surgery groups visited a physiotherapist to receive home exercise guidance. For this study, only surgeons and the surgical team knew which group each participant belonged to.

Two years after the intervention, participants in both the ASD group and those in the diagnostic arthroscopy group reported similar pain levels, both while at rest and during an activity involving the arm. Comparing shoulder surgery to exercise, participants who underwent ASD did show statistically significant improvement in overall quality of life which was measured using the Constant-Murley scale. However, the average difference between the two groups did not meet the minimum required to classify as clinically significant.

Based on the results, both shoulder surgery and diagnostic arthroscopy reduced pain levels similarly. It is important to note that the number of participants who continued to 24 months follow-up was less than desired, as well, the minimum Constant-Murley score was not chosen based on concrete calculations, but by reading other literature on the subject. Overall, the study shows there is no advantage to using ASD shoulder surgery as a treatment for shoulder impingement syndrome.