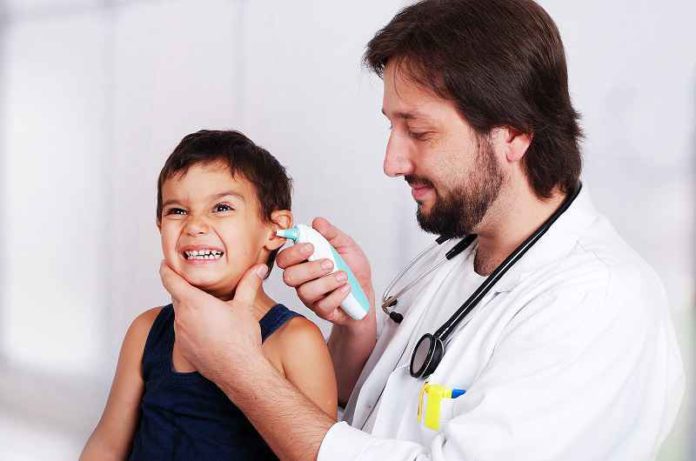 Findings of a recent New England Journal of Medicine study have revealed that shorter duration of antimicrobial treatment has a less than optimal outcome in the treatment of acute otitis media, a type of ear infection, in young children.

Acute otitis media, a painful ear infection, is the second most frequent cause of illnesses diagnosed in children in the United States. It also accounts for the most cited indication for antimicrobial treatment in children.

While some clinicians believe that antibiotics can shorten the duration of otitis media in children, others recommend the consideration of shortening the duration of antibiotics in the disease due to reducing the risk of antimicrobial resistance and potential side effects.

A newly published New England Journal of Medicine article has evaluated the effect of a shortened duration of antibiotics on the outcomes of treatment of acute otitis media in children, especially those younger than 3 years.

In this randomized clinical trial, which was conducted in the United States, 520 children with acute otitis media within the age range of 6 to 23 months were randomly assigned to receive the standard treatment of 10 days of amoxicillin-clavulanate acid or a reduced duration of 5 days of amoxicillin-clavulanate acid followed by placebo for 5 days. At the end of the 10 days, the rates of clinical response, recurrence, severity of symptoms, nasopharyngeal colonization, and adverse effects were compared between the two groups of patients. This study used a specific score numbered from 0 to 14, 0 being the mildest symptoms and 14 being the most severe symptoms.

The findings showed that children who received the antimicrobial treatment for 5 days were more likely to have a clinical failure (34% vs. 16 %). Symptoms were slightly more severe in the5-day group comparing to the10-daygroup. The percentage of children whose symptoms score decreased more than 50% from baseline was higher in the 10-day treatment group. There was no significant difference in recurrence, adverse events and nasopharyngeal colonization between the two groups of the study.

In conclusion, this study revealed that antimicrobial treatment of acute otitis media for a shorter duration is associated with less favorable short-term outcomes, comparing to standard duration. In addition, there was also no significant difference in the rate of adverse effects or emergence of antimicrobial resistance between the two groups.