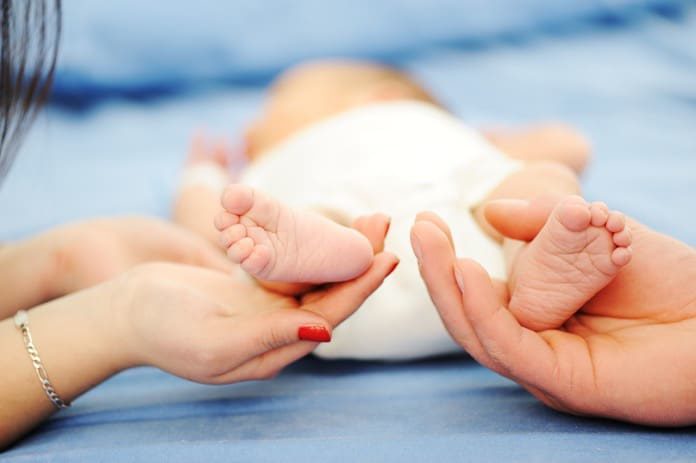 Researchers in Belgium examined the relationship between separated parents and child health behaviors such as smoking and oral hygiene.

In 2011, 20% of Canadian youths under the age of 16 years live with a single parent. In Belgium, the divorce rate is about 3 out of 1000 inhabitants, a statistic that is representative of most other Western countries. Divorce and separation rates increase as the child’s age increases. For instance, in Belgium in 2009, 6.4% of children aged 7 to 11 months old lived in single-parent households. This figure increased to 9% in children aged 28 to 32 months old. Twenty-three percent of children 10 to 12 years old lived in single-parent households in 2010, and that figure rises to 34% in children between 13 and 19 years of age.

Overall, 25% of Belgian children, or 500,000 children under the age of 18 years, are living with separated parents. Studies have shown that parental separation is associated with several detrimental health outcomes in children, including physical, psychological, behavioral, and academic problems. The children of separated parents have increased risks of physical illnesses such as gastrointestinal, dermatological, or neurological conditions, as well as psychopathology and increased violent behavior. Minors that come from a family of divorce tend to show up less for school. It has even been reported that family practitioners find it harder to communicate and reach parents of such families, and they adhere less frequently to the immunization schedule.

How Do Separated Parents Behave in Regards to Their Children?

As published in BMC Pediatrics, a team of researchers in Denmark assessed the data gathered by an organization called ONE (Office of Births and Childhood), which offers free preventative programs to pregnant women and children under six years of age. The researchers examined 30,769 files from a database built between 2006 and 2012. The main purpose was to determine if there were any differences in smoking exposure, oral health habits, and visits to a physician for vision and oral testing, between families of two parents and separated or divorced families.

It has been shown, first and foremost, that regardless of the mother’s income or education level, children from a single-parent house were much more likely to be exposed to second-hand smoke. This finding is particularly concerning given the numerous studies demonstrating the detrimental effects of exposure to second-hand smoke, including respiratory infections, and sudden infant death syndrome. It has even been shown to correlate with the child’s absenteeism from school. Not only that, parental smoking increases the likelihood of active smoking in the child by two, an alarming statistic considering that smoking is the leading cause of death in the western world.

One possible explanation for such an increase in behavior is the increase in parental anxiety, and therefore the need to resort to some risky behaviors as coping strategies, which include smoking. An interesting finding was that smoking correlated with a family structure much more in French-speaking households. Non-French speaking households are more likely to be immigrants, usually Muslim. In that culture, it is more likely for women to be smokers when they are more highly educated and acculturated. In this study, separated women were less likely to be educated, and as such, non-French speaking households tend to have no correlation between smoking and parental divorce.

Furthermore, the results demonstrated that separated parents are less likely to prioritize their children’s oral hygiene. The children of separated parents were less likely to brush their teeth daily and had fewer and dentist visits. This difference, however, is not statistically significant and may be associated more strongly with the level of education of the mother. This relationship could be the result of socioeconomic status rather than family structure. Vision-care has also been shown to lag behind in divorced families; however, it is also very much correlated to the socioeconomic status and educational level of the mother. These results are consistent with other studies that show a correlation between child health behaviours and socioeconomic status.

As this study was cross-sectional and not experimental in design, there cannot be any conclusions drawn from this study with regards to whether parental separation causes these results. Since they have only looked at one point in time, it could mean that the causality can go either way. It is possible that other factors affect both of these results.  For instance, marital unhappiness may increase the likelihood of both smoking and separation. In that case, the marital unhappiness would be the cause of the risky parenting behavior and not the marital separation. It is also possible that parents who smoke are more likely to become separated.

Nonetheless, showing a connection between these phenomena is enough to be of importance to general practitioners who must recognize these risk factors and work on informing these families of the risks involved. The families involved in this study were more socioeconomically advantaged than that of the general population, which may present a bias to the results. The results are especially relevant for family physicians, who must inform the family at the appropriate points in time of the risks that are involved in living as a single parent. Family practitioners must be aware of this association and act accordingly to try and prevent these detrimental effects. More studies, however, are needed to determine the causality and directionality of the results.