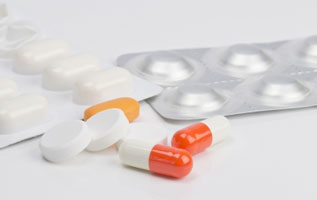 A recent study has reviewed previous clinical trials testing selective serotonin reuptake inhibitors (SSRIs) in the treatment of depression, and has reported that these drugs may be more beneficial than previously thought.

There has been some debate regarding the usefulness of SSRIs in the treatment of depression. A recent study published in the journal Molecular Psychiatry has evaluated past clinical trials of SSRIs to determine why some studies show positive results, while some fail to show significant benefit. The study re-evaluated a total of 18 clinical trials of the SSRIs citalopram, sertraline, and paroxetine, for treatment of major depression in adults. The researchers state that in some of the studies, the antidepressant activity was measured by a sum score of a variety of symptoms. They postulated that this may be the cause of the discrepancies between studies, since some of the symptoms that were assessed are also present in people who are not suffering from depression, and are not always seen in people who are suffering from depression. This sum of scores could therefore be potentially dampening any measurable effect of the antidepressant. Rather than this somewhat dated rating scale, the researchers used a single parameter of ‘depressed mood’ (rated on a scale between 0-4) in the current study to measure antidepressant effect.

The researchers found that using the previous scale, 18 out of the 32 comparisons show beneficial effects of SSRIs for depression, however, when assessing for ‘depressed mood’ 29 out of 32 comparisons demonstrated significant benefits of SSRIs over placebo. The researchers therefore conclude that the large number of studies with negative results seen with SSRIs for treatment of depression may be due to insensitivity of the scale used to measure effect. When assessing only for depressed mood, the vast majority of studies demonstrate efficacy of SSRIs for treatment or depression.