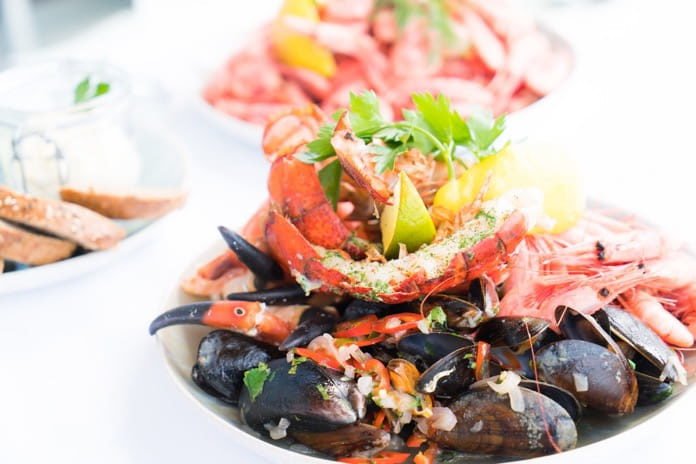 A recent study investigated the potential of seafood to be considered fertility foods by examining the relationship between seafood consumption and fecundity.

Infertility is medically defined as the failure to conceive after 12 months of unprotected sexual intercourse. It affects 15% – 25% of couples, and can negatively impact relationships. Although treatments for infertility exist, identifying lifestyle factors that can increase the chances of pregnancy can play an important role.

There are controversial views on seafood being fertility foods. Seafood can be a source of reproductive toxins due to the biological build-up of environmental toxins in marine animals. These include chemicals such as mercury, dioxins, and organochlorines. On the other hand, higher intakes of marine omega-3 fatty acids have shown reproductive benefits.

The current recommendation of seafood consumption for the average American adult is two servings per week. The recommended for pregnant women or those who have a chance of pregnancy is less than three servings per week. The guidelines were placed to limit the methyl-mercury exposure, which was linked to negative neurocognitive effects. However, there was a lack of research on the reproductive benefits of seafood consumption.

Researchers in the United States recently investigated the role of seafood as fertility foods. The study used data from the Longitudinal Investigation of Fertility and the Environment (LIFE) study. It included data from 501 couples that met the inclusion criteria and wanted to become pregnant. The study was carried out between 2005-2009 in Texas and Michigan in the United States.

The study required the couples were required to complete individual journals on daily seafood intake and sexual intercourse. The couples were followed for up to a year until pregnancy. Pregnancy was determined using an in-home pregnancy test. The results were analyzed using statistical methods. The results of the study were published in the Journal of Clinical Endocrinology & Metabolism.

Infertility can have a profound impact on a couple. Medical treatments for infertility exist, but it has limited success and availability within the population. Lifestyle changes can help increase a couple’s chance of conception. Foods that increase chances of pregnancy, or fertility foods, are one of the ways this can be achieved.

Seafood can be a source of toxins but is also a great source of beneficial nutrients such as omega 3-fatty acids. The results of the study showed that seafood might be associated with higher fecundity. Therefore, constant reviews and updates on preconception lifestyle and diet guidance are important. A future direction for further research on the topic may focus on the toxic effects of different types of seafood on reproduction.