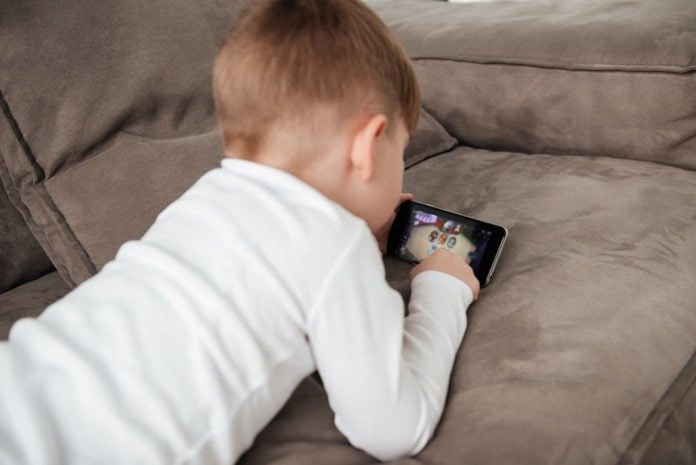 A Canadian study conducted at the University of Calgary examined whether screen time habits of toddlers influences development and behavior.

Pediatric recommendations clearly state that children under eight years of age should spend no more than one hour a day watching high-quality television. The reality, unfortunately, is quite different.

In the United States alone, this time spent in front of a television is doubled. In addition, 25% of kids entering school suffer from different child development issues, which can be both emotional and motoric. As a result, it is very difficult for these little kids to perform well in class and set long-term goals for academic success.

A possible reason explaining this phenomenon is that it is convenient for exhausted parents to let their children calm down and get occupied by a screen. It is hard to blame these parents, especially when an average family has 2.5 siblings. Moreover, children who challenge their parents more often may receive more screen time than kids without difficulties.

Circumstantial evidence can shed light on how screen practices in the little age project onto child development throughout adulthood. Canadian researchers from the University of Alberta set up to clearly address this question. They recently published a study in JAMA Pediatrics where they examined whether screen time habits affect child development assessed by the most current practical tests of the Canadian educational system.

The study included nearly 2441 children between the ages of four months to five years and their mothers from Calgary, Alberta. At the age of two, three, and five years, the mothers completed a screening measure for child development called the Ages and Stages Questionnaire.

The survey includes information about child development in terms of communication and social abilities, gross and fine motor skill, and capability to solve a problem or complete a certain task. In addition, mothers were asked to report screen time habits practiced in their households on weekdays and weekends. Specifically, mothers referred to time their children spent watching television, using a computer or any gaming console containing a screen. The results were calculated and statistically analyzed to reflect hours of screen usage over one week period.

The study found that two and three-year-olds, who spend about 17 and 25 hours on screens in one week, respectively, demonstrate worse performance in child development measures. The results are similar in five year –olds, who watch television for 11 hours per week.

On the other hand, the study did not find that children who struggle with the parameters tested by the Ages and Stages Questionnaire have longer screen time practices. Although the study has some limitations, these results are groundbreaking in the field of child development. The study clearly demonstrates that compromised child development is a direct consequence of overdone screen practices and not vice versa.

The discussion regarding how time spent on digital media influences child development has been pressing over the past decade. With the addition of these new findings, it is time to update current guidelines and offer help to parents of little children on a professional level. Pediatricians and parenting consultants can help parents shape screen practices in their households, set boundaries, and develop alternative practical solutions to screen overuse. This kind of plan will only benefit both family time and child development in the long run.