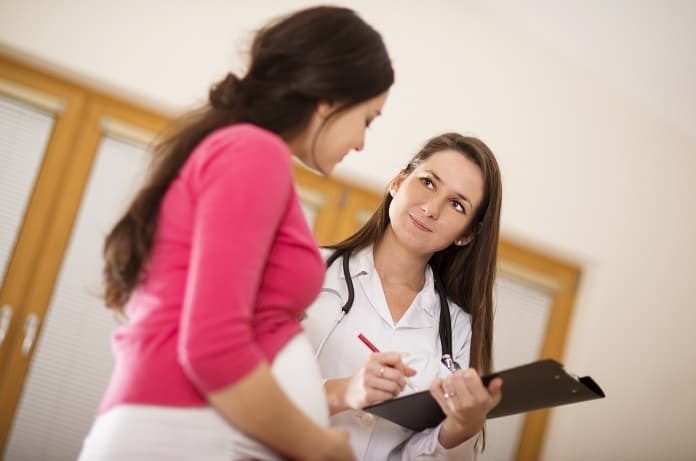 Pre-eclampsia is a serious complication of pregnancy that can lead to preterm birth if not managed appropriately. A recent study compares the current NICE guidelines to a new method for assessing the risk of pre-eclampsia using early maternal biomarkers.

Pre-eclampsia is a serious complication occurring in 2-3% of pregnancies. It is affiliated with increased rates of illness and mortality for the mother and increased chances of death for the baby, especially when the disease results in preterm delivery at less than 37 weeks gestation. Recent evidence suggests that using aspirin preventatively can reduce the risk of preterm pre-eclampsia. A meta-analysis with a combined total of 18,907 participants reported that the use of prophylactic doses of aspirin greater than 100mg reduced preterm pre-eclampsia by 67%.

In a prospective multicentre study recently published in Ultrasound in Obstetrics & Gynecology researchers in England used guidelines set by the National Institute for Health and Care Excellence (NICE) to identify individuals at high-risk for developing pre-eclampsia that could benefit from aspirin. Women were considered high-risk if they had a previous pregnancy with hypertensive disease, chronic kidney disease, autoimmune disease, diabetes mellitus, or chronic hypertension. An alternative approach to detecting pre-eclampsia, based on Bayes’ theorem, combines biomarkers at 11-13 weeks gestation and allows for patient-specific risk estimation. These biomarkers include arterial pressure, uterine artery pulsatility index, serum pregnancy-associated plasma protein, and serum placental growth factor.

The Screening Program for Pre-eclampsia Study

The purpose of the Screening Program for Preeclampsia (SPREE) study was to test the hypothesis that screening for pre-eclampsia in the first trimester using the biomarkers outlined in Bayes’ theorem is superior to the current NICE guidelines. Pre-eclampsia is diagnosed with a systolic blood pressure greater than 140 mmHg or diastolic blood pressure greater than 90 mmHg after 20 weeks gestation combined with at least one of the following: proteinuria, renal insufficiency, liver involvement, neurological complications, thrombocytopenia, or pulmonary edema.

Tan and colleagues recruited 16,747 women over the age of 18 years with singleton pregnancies between April 2016 and December 2016. The researchers excluded women who were severely ill, had a serious mental illness, or pregnancies that involved major fetal abnormalities. Of the women eligible to participate in the study, 142 developed preterm pre-eclampsia during their pregnancies. Four hundred women who were screened by the NICE guidelines and 349 women who were in the NICE screened-negative group took aspirin. The difference in the detection rate between women screened with the NICE guidelines versus the Bayes’ theorem-based method was 12.1%.

Early Screening Was More Effective Than the NICE Guidelines

A limitation of the study was the lack of formal health assessment concerning the implementation of combined screening for pre-eclampsia.