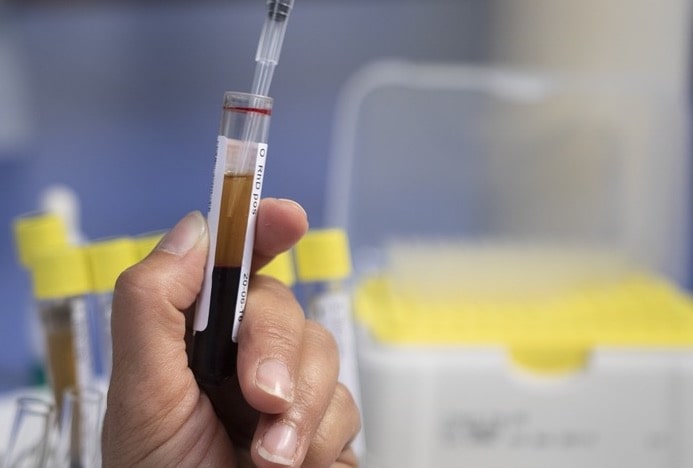 In a new paper, Tozawa and colleagues describe the success of using fat-derived stem cells for the production of blood platelets.

Blood platelets are vital for wound healing. When you are injured, platelets clump together to form clots, which stop the bleeding. Many patients need blood platelet transfusions when their own platelets get depleted after chemotherapy, cancer, infection, or as a result of other causes. However, platelet transfusions can be difficult to carry out, as platelets from blood donors last only a short time and there is a high risk of infection or rejection. As a result, there is a strong need for a mechanism to produce platelets that do not rely on donors.

In a new paper in the Blood journal, Tozawa and colleagues describe a new method that could be applied to the production of blood platelets in vitro—that is, without a donor. The researchers collected stem cells from adipose tissue, or fat, and created new stem cell cultures.

The researchers were able to use adipose-derived cell lines from a small volume of fat and were able to create stem cell lines capable of producing blood platelets without inserting any genes into the cells. These cell lines were stable and showed no mutations that may hamper their ability to make platelets.

The researchers were then able to cultivate platelets from these cells that were similar to those derived from donor blood. These platelets did not clump without stimulation but did not respond to different stimuli in the same way as donor-derived platelets. However, not all stem cell lines were able to generate platelets.

Tozawa and colleagues’ findings have great promise for developing new ways to produce blood platelets in vitro, without the need for donor blood. This will greatly improve our ability to provide blood platelet transfusions to those patients who need them, and that way improve patient care. Further work will be needed to develop a consistently producing stem cell line.