Home Diet Want Your Kids to Eat More Veggies? Get Them Gardening! 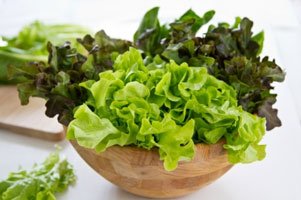 A pilot study of school-grown produce has demonstrated that students are more likely to taste and consume vegetables that have been grown in the school garden compared with purchased produce.

Garden growing has been implemented in some schools as a method of teaching children about plants, nature, science, and life skills. A recent study aimed to extend recent studies that have demonstrated beneficial effects of school gardens on achievement tests, attention, and ‘enthusiasm’ for learning. The current study was designed to determine whether growing vegetables in a school garden would impact on children’s tendency to eat the fresh produce. The study was carried out without any additional nutritional education. The garden, consisting of salad greens, was planted by one class and one teacher at a school in upstate New York, United States. The vegetables were harvested and combined into a salad with other leafy green vegetables that were purchased by the school. The students were made aware that the salad contained vegetables from the school garden by announcements through the school PA system and signs in the cafeteria.

The results of the study revealed that when the purchased salad was available, only 2% of the students selected salad as a part of their lunch. However, when the school-grown salad was included in the lunch selection, almost 10% of students selected salad as part of their lunch. The students did not eat all of the salad that they took from the cafeteria, however. The researchers calculated waste from what was left uneaten on the trays. They determined that waste increased by approximately 6 servings when the school-grown greens were included in the salad. This was an increase in waste from 5.5% to 33.3% when including school-grown greens. While waste increased up to one-third, the total number of servings of salad eaten by students increased from approximately 5 to 12 servings when including school-grown greens.

Overall the results of the study show beneficial effects on students’ willingness to try school-grown vegetables, even though an average of a third of the salad was wasted. A greater percentage of students were taking and eating the school-grown salad compared to the purchased salad. While this small school-grown garden produced only enough leafy greens to serve in one lunch period, it supports further development of in-school garden growing programs.

Image courtesy of vanillaechoes at FreeDigitalPhotos.net