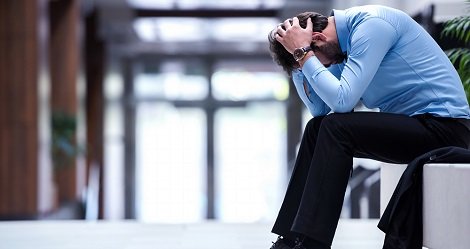 An increasing number of studies have suggested that certain mental illnesses including schizophrenia and bipolar disorder may be linked to problems with the immune system. This knowledge has led researchers to the hypothesize that infections, which are often associated with a weakened immune system, might contribute to mental disorders. A recent study published in npj Schizophrenia examined the possible link between yeast infections and mental illness; they found that yeast infections caused by Candida albicans (C. albicans) were more common in certain subsets of people with schizophrenia and bipolar disorder.

C. albicans is a type of yeast — a single-celled fungus — that is a normal part of the microbes that live in the gastrointestinal tract (stomach) of humans and animals. Small amounts of the yeast also live in many moist, warm parts throughout the body, including the mouth, skin, vagina and other mucous membranes. Its numbers are naturally kept in check by microorganisms that live in the body and by an active immune system.However, different factors can throw off the microbial balance, allowing the fungus to grow out of control and resulting in a yeast infection. Its overgrowth in infants and those with weakened immune systems could cause itching, burning symptoms, rashes in the throat or mouth (thrush), and in men and women, sexually transmissible genital yeast infections. If it enters the bloodstream, the infection can become severe.

The study examined blood samples in two psychiatric groups totaling 947 individuals: one composed of 270 people with bipolar disorder, 261 composed of schizophrenia and 277 people with no history of mental disorder; the other group was composed of 139 people with first-episode schizophrenia, 78 of whom were anti-psychotic naïve (had never taken anti-psychotic medications before). Participants in both groups were characterized by being between the ages of 18 and 65 years old. The researchers used blood samples to measure Immunoglobulin G (IgG) antibodies directed against C. albicans, which indicated whether the participants ever had a C. albicans infection. To determine whether exposure to C. albicans was associated with cognitive symptoms, the Repeatable Battery for the Assessment of Neuropsychological Status (RBANS) Form A was used to assess cognitive functioning (e.g. memory, attention skills, use of language, etc.) in the second group of participants. The researchers evaluated the antibody measures in combination with a variety of factors including anti-psychotic medication, socioeconomic status, homelessness and age.

The study also showed that men with bipolar disorder showed a similar increase in the rate of prior C. albicans infection, compared with men without disorders (26.4 percent versus 14 percent). The researchers found that the link between men with bipolar disorder and C. albicans infection could possibly be explained by homelessness. People who are homeless often are exposed to unpredictable changes in sanitation, stress and diet, which can result in infections such as those caused by C. albicans.

The overall results of this study support the notion that mental disorders, specifically schizophrenia and bipolar disorder, may be linked to environmental exposures related to immune system and lifestyle factors, and that those factors may vary for each illness. It is important to note that the findings of this study do not suggest that C. albicans infections cause mental illness or memory impairment, or vice versa, merely that they appear to be strongly related and that they may be influenced by lifestyle and immune system factors.

The researchers suggest that during health care evaluation, examination regarding the presence of symptoms of C. albicans infections, especially in patients with mental illness, would help to identify individuals in need of treatment. Moreover, the early identification of active C. albicans infection might be an indicator of those at risk for cognitive decline; though, future research is needed to examine this link. Dietary management geared to fixing microbial imbalances may be considered in people who have or who are susceptible to C. albicans overgrowth.