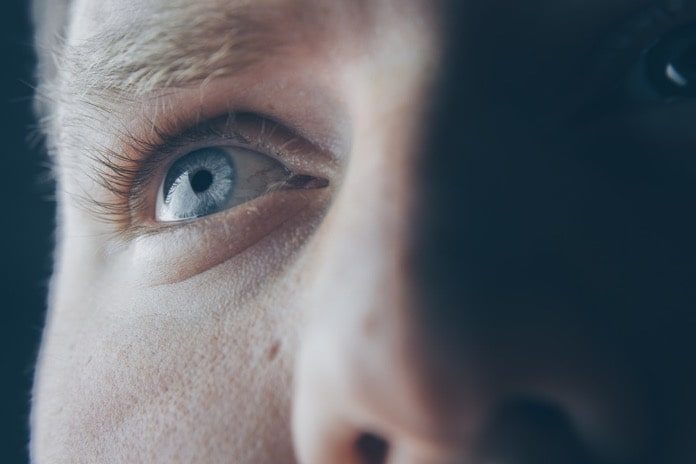 An eye infection has the potential to cause blindness. In a recent study, researchers investigate the effects of a newly developed eye drop on scars.

Scars develop on the cornea, the front surface of the eye, from an eye infection or trauma. Minor scars cause hazy vision. Severe scars turn the normally clear cornea into a white, or opaque, cornea causing blindness.

Pseudomonas keratitis is a bacterial eye infection that can lead to severe corneal scars. It typically occurs in persons with poor contact lens hygiene. Traditional treatment for Pseudomonas successfully kills the bacteria but does a poor job at halting scar development. To restore sight in patients with severe scars, the only choice for doctors is oftentimes difficult and expensive eye surgery, called a corneal transplant.

Recently, researchers developed a new eye drop that may lessen scarring of the eye. The eye drop is unique due to its novel gel formula that slowly dissolves with blinking. Another unique characteristic of the eye gel is the addition of decorin, a natural protein that heals wounds.

In a UK study published in npj Regenerative Medicine, researchers investigated the effects of the new eye gel on corneal scarring from an eye infection compared with traditional treatment. The 16-day study included three groups of six mice, all infected in an eye with Pseudomonas aeruginosa on day zero. The researchers treated the three groups with an antibiotic and a steroid on day one through day 15. The first group of mice did not receive the eye gel on any days. The second group received the eye gel without decorin for 13 days. The third group received the eye gel containing decorin for 13 days. Researchers measured changes in the corneas with pictures and imaging taken at different times during the study.

The novel eye gel appears to “form a ‘therapeutic bandage’,” stated Liam Grover, PhD, in a press release. This bandage prevents damage to the cornea from continuous blinking. Therefore, the eye gel alone helps to heal the cornea.

However, the long-term effects of the eye gel on the cornea are unknown due to the short duration of the study. Also, the eye gel’s effect on human corneas has yet to be observed.  Nevertheless, this study reveals that the eye gel has “the potential to vastly improve outcomes for patients…[and] help save many people’s sight, particularly in the developing world where surgical interventions such as corneal transplants are not available,” stated Lisa Hill, PhD, in a press release. The new eye gel shows promise in preventing scars from an eye infection that cause blindness.