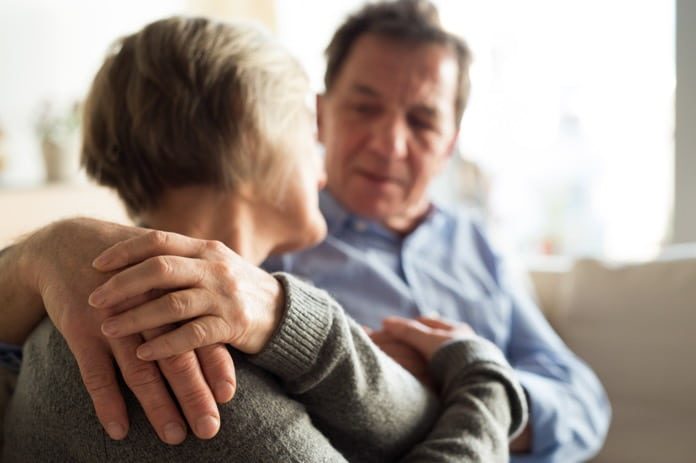 Researchers from the University of Alberta in Canada are developing a saliva test to detect the trajectory of Alzheimer’s disease before the onset of symptoms.

With only minor success from drug development pipelines, recent research has shifted its focus to developing non-invasive techniques to accurately predict Alzheimer’s disease, with an aim to intervene before clinical symptoms become obvious.

Detecting disease biomarkers from saliva is of huge interest in the research community. It offers a quick, inexpensive, and non-invasive technique to collect genomic and metabolomic data.

Metabolomic data, data we could possibly obtain through saliva, is especially interesting because we do not know specific biological pathways that independently contribute to Alzheimer’s. Metabolomic data reflects the underlying metabolic process for which researchers can investigate based on the differences between people with Alzheimer’s disease and healthy individuals.

As recently published in Frontiers in Aging Neuroscience, a group of researchers from the University of Alberta in Canada are showing promising results with their newly developed saliva test. The group recruited participants from another ongoing aging study, the Victoria Longitudinal Study, and people with Alzheimer’s Disease from the Glenrose Rehabilitation Hospital in Edmonton, Canada.

They classified participants into three groups. The first group included 22 participants with Alzheimer’s disease. They then classified those without Alzheimer’s disease into either cognitively normal (35 participants) or mild cognitive impairment (25 participants) after measuring their perceptual speed, inductive reasoning, episodic memory, verbal fluency, and semantic memory. To protect the integrity and validity of the classification, the researchers conducted the classification process in two waves four-and-a-half years apart.

The participants fasted for an hour before they collected their own salivary samples own using a DNA self-collection kit provided by the researchers. Using a technique called liquid chromatography-mass spectrometry, the researchers analyzed over 6000 metabolites from the salivary samples and built a “metabolite panel” in the characterization of each of the three groups.

How accurate is the metabolite panel?

To examine the accuracy and efficacy of these newly discovered metabolomics biomarker panels, the researchers used machine learning technique to compare them against well-known and established risk factors associated with Alzheimer’s disease.

Across the mild cognitive impairment and Alzheimer’s groups, the metabolite panels outperformed the four genes, education level, and other risk factors in distinguishing between these two groups.

The metabolite panel is also statistically significant when predicting an individual’s group between the mild cognitive impairment and cognitively normal groups (in addition to other factors such as higher pulse pressure, lower frequency of novel cognitive activity, elevated genetic risk from APOE, and decreased social activity).

Although this is a preliminary study, by competitively comparing these newly identified metabolite markers against other risk factors for Alzheimer’s disease, researchers from the University of Alberta are opening new avenues to diagnose neurodegenerative diseases that are difficult to detect before clinical symptoms arise.

Future clinical studies that are performed across a more diverse population, a wider age group and a larger sample size will add validity to the saliva test. If successful, a better clinical outcome is highly plausible when clinicians can intervene before cognitive impairments become apparent in various neurodegenerative diseases.