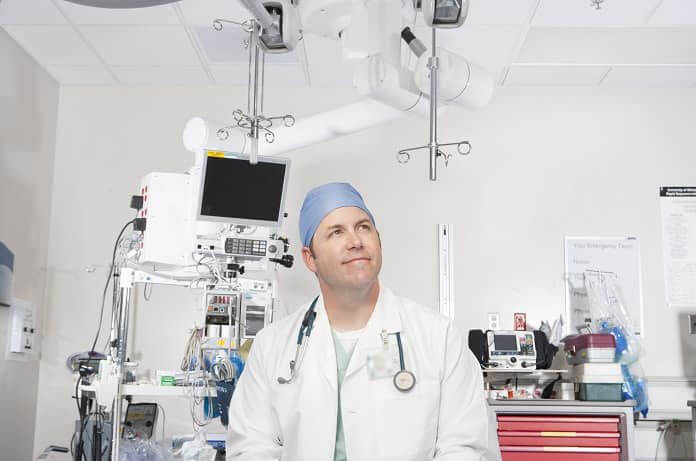 A recent review evaluated advances which surround the use of radiotherapy to treat cancer patients and the impact they have on patient safety.

The History of Radiotherapy

With over an estimated 14.7 million people in the US living with cancer (2014 statistics), at least half of these patients will receive radiotherapy. Improvements in diagnosis, supportive care, and radiotherapy have resulted in an increase in the number of cancer survivors. A shift has been seen in the use of radiotherapy where it is now not only used as a potential cure but also to treat side effects and as a result, helps to increase the quality of life for cancer patients.

Typically, radiotherapy (which uses radiation typically in the form of x-rays) is used either alone or in combination with another therapy, such as surgery, chemotherapy, or both to treat both benign and malignant tumours. Curative radiotherapy is when radiotherapy is used to destroy cancer cells by damaging the DNA. Normal, nearby cells are also affected but are much better at repairing themselves compared to cancer cells. It can be administered externally through machines which produce x-rays or internally through systemic administration of radiopharmaceutical agents or implanting radioactive sources in or close to a tumour. Palliative radiotherapy, on the other hand, is when radiotherapy is used to treat side effects, reduce pain or the effects of tumour masses, for example, reducing the tumour mass which may cause spinal cord compression or airway obstructions.

Recently, a review by US researcher Dr. Citrin, published in The New England Journal of Medicine, explored the current technological and biological advances which have been pivotal to changing the face of radiotherapy use by cancer patients.

After diagnosis, the first critical step towards planning treatment and ultimately curing cancer is defining the extent of a tumour: how big is it and has it spread? It is important to accurately define a tumour as this ensures treatment is localised, thereby minimizing the exposure of normal tissues and ensuring that none of the tumours are unintentionally excluded from radiotherapy. Previously, only target volume delineation (using calculations to define the size of a tumour) was used to predict tumour size.

The introduction of a new technique called CT-delineation, however, provided a significant technological advance and improvement for target radiation. This technique involves the use of imaging techniques such as CT scans, which are obtained initially to help define the tumour size and guide the radiation treatment plan. Radiation oncologists, however, still face challenges when using CT scans as, for example, lung tumours can cause airway obstructions which can make it difficult to determine if it is a collapsed lung or the tumour on CT images.

Therefore, complementary imaging studies such as magnetic resonance imaging (MRI) and 18F-fluorodeoxyglucose positron-emission tomography (FDG-PET) are now used in combination with or instead of CT scans for the treatment planning process. Enhanced visualisation of the tumour and surrounding organs can also be achieved using MRI. FDG-PET is a more sensitive technique which can contribute to the delineation of many tumour types, including lung, cervical, lymphoma, head, and neck cancers and substantially alter the target delineation and therefore treatment plan when compared to CT images alone.

These advancements in technology to accurately define the extent of a tumour have made it easier to devise a radiation treatment plan which is targeted and able to reduce the risk of damaging healthy tissue. This has resulted in not only reduced toxicity from the treatment but also greater disease control.

Traditionally, radiotherapy has been delivered with a consistent intensity across the identified treatment area. But with the development of dynamic leaf collimators, which are small moveable metal leaves that shape the radiation field and enable the radiation intensity to be altered, treatment plan complexity has increased exponentially. The delivery of this technique, known as intensity-modulated radiation therapy, has resulted in the ability to deliver high-intensity doses of radiation to high volume target areas of a tumour and minimise the dose delivered to surrounding healthy tissue, something previously not achievable with traditional treatment methods.

External or implanted sources of radiotherapy interact with tissues differently to drugs as bioavailability, excretion, blood vessel permeability, or metabolism is not an issue. However, delivery of a consistent dose of radiation is constrained and some tumours or regions within them have reduced sensitivity to radiation, which can result in tumour resistance to radiotherapy. A long-term goal of radiation oncology is reducing tumour resistance to radiotherapy through methods such as accelerated fractionation of the radiation doses, where doses are separated and delivered over a short period of time in a bid to prevent accelerated tumour-cell regrowth.

An alternative method to increase the efficacy of radiotherapy is the delivery of agents which may enhance the patient’s response to treatment. Data collected in randomised trials during the 1990s and 2000s provided evidence that the concurrent use of chemotherapy and radiotherapy can not only increase local control over the disease progression and tumour growth but also overall survival. The benefits of this combination therapy have come with high costs with an increased risk and severity of side effects such as dermatitis and diarrhea.

Despite the improvements though, the search of agents which can enhance radiation effects to kill tumours whilst reducing toxicity continues. One exciting prospect which is emerging is the combination of immunotherapy with radiotherapy to treat metastatic cancer. Immunotherapy is a cancer treatment either made by the body or in the laboratory which boosts the body’s natural defences to fight cancer by improving or restoring function to the patient’s immune system. Preclinical studies have provided evidence that this could be a successful approach, but further clinical trials in human patients are required to assess the validity of this approach. This is mainly due to the number of variables which must be considered for this combined therapy, including the total radiation dose, dose fractionation, sequencing of the immunotherapy and types of immunotherapeutic agents used, along with the underlying tumour and host factors.

As with any drug or treatment (including surgery), the short-term and long-term effects of radiotherapy which can affect not only the disease progression but also the patient’s quality of life need to be taken into consideration when planning treatment. There has been a significant increase in recent years surrounding the importance of patient-reported outcomes which has contributed directly to assessing the toxicity of cancer therapies. So whilst radiotherapy is successful in treating and controlling disease progression, concerns remain about the long-term effects of exposure to radiation, including the development of second tumours.

Hence, this review has provided evidence that through rapid advances in technology, along with biological advances, there has been an increase in the safety of the delivery and efficacy of radiotherapy. New technology such as CT imaging, MRI, and FDG-PET, along with biological advances such as research into immunotherapy, has resulted in minimising the amount of healthy tissue exposed to radiation, the introduction of effective but less toxic systemic therapies, and reduced intensity of doses. Subsequently, this has reduced not only the toxicity of treatment and related concerns, but has also improved disease control, increased efficacy of the therapy, and minimised the risks of injury associated with radiotherapy.  New advances have fundamentally altered radiotherapy in a positive way and led to an increase in the number of cancer survivors.