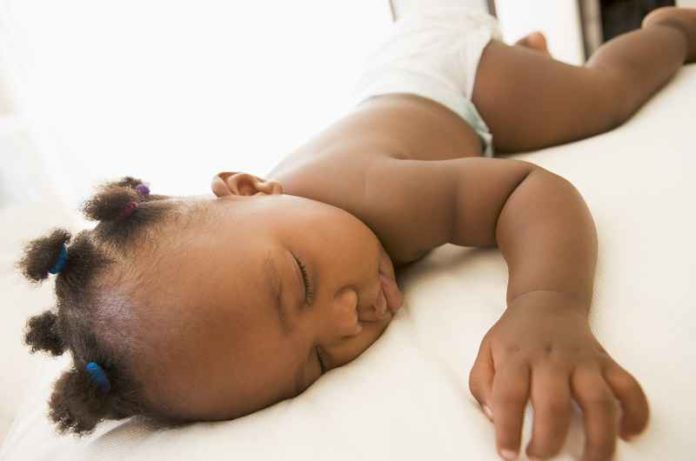 A review of scientific literature recently published in JAMA Pediatrics summarizes the state of knowledge about causes and risk factors for Sudden Infant Death Syndrome (SIDS).

Sudden infant death syndrome (SIDS) is the sudden, unexplained death of a child under the age of 1 year old. It generally occurs while the child sleeps (and thus is also known as “crib death”), and typically affects babies who were otherwise apparently healthy.

The causes of SIDS are not clear.  Death as a result of SIDS is usually determined only by process of elimination – when investigation and autopsy have found no other explanations for the child’s death. In the United States, it is the leading cause of death for children between the ages of one month and one year.

While the exact pathology for SIDS is not understood, most sources believe that the syndrome results from a combination of three principal risk factors: (1) an infant with underlying biological susceptibility such as impaired responsiveness to low or no oxygen; (2) a sleeping position or soft bedding that can impede breathing or oxygen intake; and (3) an early development stage (typically, between 2 to 4 months of age) where the infant is unable to extract him/herself from danger.

The identification of these three factors led to the Back to Sleep campaign (now “Safe to Sleep”), which recommends that infants be placed on their backs when put to sleep. Not only does this position present less danger of suffocation from pillows or bedding than other sleeping positions, but studies have also shown that infants lying on their backs have better arousal thresholds than infants on their bellies, and are thus more likely to wake or move if breathing becomes impeded.

Since the implementation of “Back to Sleep” in 1994, SIDS rates have been cut in half. However, rates of other types of deaths, which previously would have been attributed to SIDS, have increased. These include deaths by accidental suffocation and strangulation in bed, as well as other categories of “ill-defined” deaths.

On the other hand, other factors are suggested to reduce the risk of SIDS:

Overall, the best strategy for reducing the risk of SIDS continues to be ensuring a safe sleeping environment for the infant.