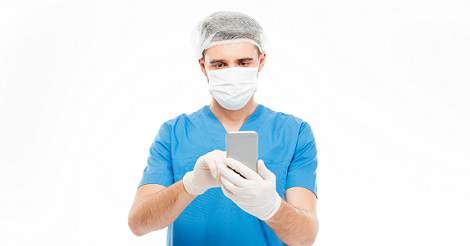 Results of a recent clinical trial published in the Journal of American Medical Association Pediatrics has shown that the Safe Delivery App (SDA) could improve health care workers’ knowledge and skills in neonatal care, while the improvement in neonatal mortality rate was not significant.

Neonatal mortality or neonatal death, which is defined as a death during the first 28 days of life (0-27 days), is one of the indicators of health care efficacy. Unfortunately, more than 2.6 million neonatal deaths occur each year.

It has been shown that skillful health care providers play an important role in improving the health care delivery to pregnant mothers and their newborn children, thus preventing a significant number of the complications to mothers as well their newborn babies.This requires the constant updating and training strategies for health care teams which are not easily achievable, especially in under-serviced areas. One of the suggested solutions is the use of smartphones and applications designed to provide updated training for those who work in under-serviced and rural areas.

The clinical trial published in the Journal of American Medical Association Pediatrics has studied the efficacy of a mobile application named Safe Delivery Application (SDA) on perinatal mortality (death in the period immediately before and after birth) as well as skill and knowledge of health care workers in Ethiopia. The SDA is designed to provide training for rural health care workers on how to manage obstetric and neonatal emergencies. The SDA conveys knowledge and skills, such as how to ventilate a newborn in need of resuscitation, through visual guidance in animated videos in the local language. The SDA also contains a catalog of essential obstetric drugs and equipment.

The researchers have come to the conclusion that while the perinatal mortality was non-significantly reduced, the SDA was an effective method to improve and sustain healthcare workers’ knowledge and skills in neonatal resuscitation as long as 12 months after introduction.