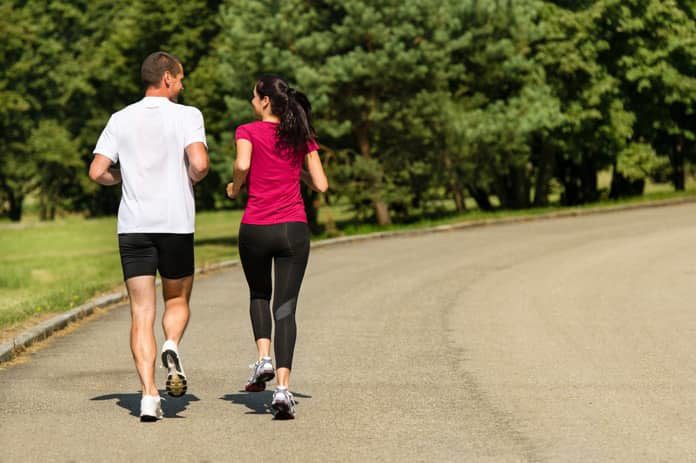 A recent study compared the impact of an Achilles tendon rupture on the running style and mechanics of athletes compared with healthy controls.

The largest and strongest tendon in the body is the Achilles tendon, the fibrous tissue connecting the calf muscles to the heel bone. It plays a crucial role in enabling humans to run by providing power in the ankle muscles for running. However, despite its strength, the Achilles tendon is vulnerable to injury due to the high tension placed on it, particularly during performance sports which include running and jumping exercises, and limited blood supply. There has been a significant increase in the number of individuals, mostly athletes, suffering an Achilles tendon rupture in the last 30 years, increasing from 2 to 22 per 100,000 person-years.

Can Athletes Continue to Compete After an Achilles Tendon Rupture?

What are the Joint Mechanics of Recovered Athletes?

Researchers in the Czech Republic conducted a study which was published in the Journal of Foot and Ankle Research comparing the low extremity (which includes the hip, knee, and ankle joints) mechanics of runners who had previously ruptured their Achilles tendon with healthy controls. The study included 22 individuals between the ages of 22 and 50 years. Eleven participants had recovered from an Achilles tendon rupture and were matched to 11 healthy controls according to age, sex, mass, height, type of regular exercise, footfall pattern, and lateral dominance (the preference or tendency of the individual to use one side of their body).

Data on the footfall pattern, weekly running activities, and the injury occurred by the participants in the Achilles tendon rupture group was collected. Each participant also had the length of their Achilles tendon measured using ultrasonography, as well as their running kinetics (the study of forces which cause motion) and kinematics (the study of movement) of their hip, ankle, and knee assessed using a high-speed motion capture system.

Effects on the Gait Cycle

The results showed that athletes who had previously suffered an Achilles tendon rupture had a decrease in their ankle range of motion, a greater range of motion of the affected knee, and also an overextended knee during the initial contact with the ground in the limb affected.

Also, the group with the previously ruptured Achilles tendon showed longer tendon lengths and a decrease in strength in their calf muscle, as well as a 22% increase in their hip joint movement on the opposite side of their body to the affected limb compared to their healthy controls. This increase in hip joint movement suggests that these participants may have an increased load on that side, indicating they are compensating for the injury by increasing the load on the opposite side of their body. Therefore these results suggest an individual may alter their running style to compensate and therefore minimize the risk of another injury.

The limitations noted in the study included that due to the cross-sectional design of the study, the researchers cannot conclude that the results were the cause of the injury. Also, surgery was carried out by different surgeons using various techniques to repair the Achilles tendon ruptures and the length of time between an individual’s surgery and their participation in the study varied.

Avoid Sports with a High Risk of Achilles Tendon Rupture

While a change in an individual’s running style due to a previous Achilles tendon rupture may be a strategy to avoid the risk of a repeat injury, it may predispose the runner to other injuries, such as injury to their knee or other Achilles tendon. The researchers suggest that avoiding lengthening the Achilles tendon and the decrease in strength and range of motion in the surrounding muscles after surgery and during rehabilitation may help reduce the risk of a repeat rupture since these appear to be potential contributing factors for individuals altering their running style. Furthermore, the results of the study also suggest individuals who suffer an Achilles tendon rupture would be better off avoiding participation in high-performance physical activities where they would be at high-risk of injuring their knee or Achilles tendon.

Is exercise more effective at treating gluteal tendinopathy than injections?