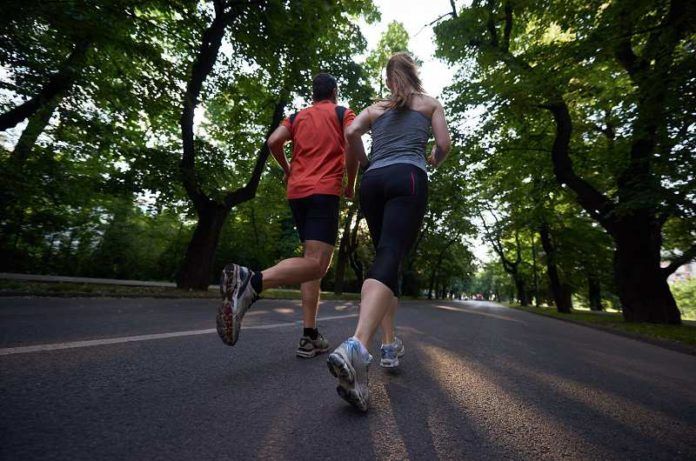 There is strong evidence that running provides significant health benefits and prevents chronic diseases thereby promoting longevity. A recent study examined the impact of running on various health problems and concluded that running may be the most cost-effective lifestyle medicine from public health perspective.

Running is a sport that has been followed for centuries. In fact, the first 13 editions of the Ancient Olympic Games featured only one event, the stadium race, which was a run from one end of the stadium to the other. There is abundant evidence to suggest that running increases life expectancy. In a recent review article published in Progress in Cardiovascular Diseases (2017), Lee and colleagues provide a detailed account of the impact running has on various health outcomes, premature mortality and longevity. The report also estimated life expectancy among runners and explored the evidence which suggests that longevity benefits are reduced with higher doses of running.

The United States and World Health Organization (WHO) physical activity (PA) guidelines recommend 150 min/wk of moderate intensity (3-6 Metabolic Equivalents (MET) of energy expenditure) or 75min/wk of high-intensity (more than 6 METs) aerobic PA. However, based on self-report data from 2015, only 50% of Americans obtain this minimum recommended amount of PA. Surprisingly, this number is as low as 5%-10% of Americans based on data collected by objective measures.

We are all aware that regular physical activity (PA) prevents chronic diseases. But did you know that running has been shown to protect against the two leading causes of death in the US- premature Cardio Vascular Disease (CVD) and cancer? Various studies show that runners have a 45%-70% reduced risk of CVD-related mortality and 30%-50% reduced risk of cancer-related mortality. Overall, after adjusting for age and sex, runners have 30%-45% lower risk of all-cause mortality compared to non-runners.

These results may leave us wondering if running is more important for longevity than other lifestyle and health risk factors. WHO reports that physical inactivity is the 4th leading global risk factor for death after high blood pressure, cigarette smoking and high blood glucose. Since running is the most convenient and popular PA, it is important to understand how running contributes to overall health as compared to other risk factors.

This study estimated the Population Attributable Fraction (PAF) for no physical activity (non-runners) and other health risk factors such as smoking, obesity, hypertension and diabetes, so that their relative influence on mortality could be quantified. Multivariable analyses showed that non-runners had approximately the same risk of all-cause mortality and CVD mortality as people with hypertension, which was higher than the risks due to obesity and smoking. In other words, to prevent premature mortality, running for non-runners is as important as treatment is for patients with hypertension.

So, what is the mechanism that links running to a longer life span? A meta-analysis of 49 randomized, controlled trials (RCTs) was conducted in 2024 adults. Researchers found that running interventions of more than one year improved individuals’  body composition, Cardio Respiratory Fitness (CRF), and High Density Lipoprotein Cholesterol (HDL-C), compared to an inactive control group. Running may further improve certain CVD risk factors such as adiposity and CRF. Running/vigorous exercise has also been shown to reduce breast and colon cancer-related mortality through its effects on body composition and female hormones. Dose-dependent PA has also been linked to improved cognitive function and reduction of the symptoms of depression. All this evidence indicates that running is uniquely advantageous when it comes to various aspects of health.

There is debate on what type and how much PA is the best for health. This study conducted a comparative analysis of 3 activity groups- runners, non-runners doing other PA, and inactive individuals. Running alone was associated with a 27% lower risk of death than non-runners who were active in other forms of PA. These results suggest that running may provide a greater benefit than other types of PA. However, other studies provide mixed results making it difficult to draw clear conclusion on the benefits of running relative to other forms of PA.

The study also conducted a life expectancy estimation based on survival analysis from Aerobics Center Longitudinal Study (ACLS). It was found that runners had 3.2 years longer life expectancy than non-runners. The increased longevity among runners is similar to that observed for other types of PA, according to an Asian study of 400,000 individuals. The Asian study showed that life expectancy at age 30 was 4.2 years longer for men and 3.7 years longer for women who performed more than 150 min/wk of moderate intensity PA compared with inactive individuals. Various studies conducted on this subject use different statistical methods to estimate life expectancy. However, the consensus is that runners have an approximately 3 year longer life expectancy than non-runners, irrespective of sex, race and body weight.

Three well known running studies were compared to answer the final question- is more running better or worse for longevity? The results showed that the benefits of running were lost at the highest doses, thereby suggesting that excessive running may not further increase the mortality benefits. Results from 55,137 men and women from the ACLS study were used to identify the upper limit of running doses for longevity benefits. The threshold values were found to be  £ 4.5 hrs/wk or a distance of  £ 30 miles/wk at a frequency of £ 6 times/wk amounting to a total of £ 50 MET-h/wk. It is, however, important to note that any longevity benefit threshold is generated by using self-reported data and therefore should be carefully interpreted.

Calculating life expectancy is a complex statistical process. Nevertheless, it is a metric that is easily understood and conveys a powerful health message. Running has been clearly proven to be the most cost-effective physical activity with a significant impact on longevity. In general, runners have a 25%-40% reduced risk of premature mortality and live 3 years longer than non-runners. While the unfolding mechanisms of life science reveal how our body responds to running and PA, there might be more questions than answers. However, since we all live only once, we must make the most of the evidence that currently exists.