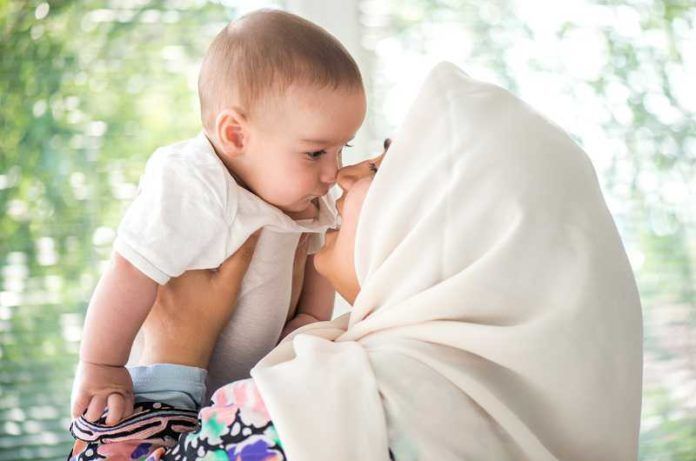 A study group investigated the role of dopamine in mother-infant bonding and found that both mother-infant vocalization synchrony and maternal attunement were associated with higher dopamine concentration in brain structures connected to bonding.

Mother-infant bonding has a critical long-term effect on physical and mental well-being. Early bonding is mainly studied in non-human subjects and it seems that specific brain structures, such as the nucleus accumbens (NAcc), amygdala, and medial prefrontal cortex (mPFC) are involved. Furthermore, oxytocin and dopamine have been shown to act in these brain structures as neuromodulators of bonding behaviors.

A study published in the Proceedings of the National Academy of Sciences USA investigated the role of dopamine in mother-infant bonding. 19 mother-infant pairs participated in the study that involved one at home visit and two PET-f MRI examinations. At the home visit, researchers filmed the mother-infant interaction and evaluated bonding behavior with mother-infant vocalization synchrony and maternal attunement. At the first scan, mothers were shown a video of their infants, while at the second scan, the video showed an unfamiliar infant. During the scans, brain dopamine responses and blood oxytocin were measured.

High-synchrony mothers had stronger dopamine increases in the bonding-specific regions of their brain in response to a video of their infants, while low-synchrony mothers showed a stronger dopamine signals in response to the unfamiliar infant. This association was independent of the age of the infant. Also, maternal attunement was associated with intrinsic connectivity (activity between various regions) between brain areas associated with bonding. The intrinsic connectivity was also associated with a higher dopamine response in the right hemisphere of the brain. In addition, plasma oxytocin positively correlated with vocalization synchrony.

It seems that dopamine has an important role in human bonding, and future studies are needed to investigate if dopamine and brain structures associated with bonding are involved in the development of postpartum depression and developmental psychopathology.