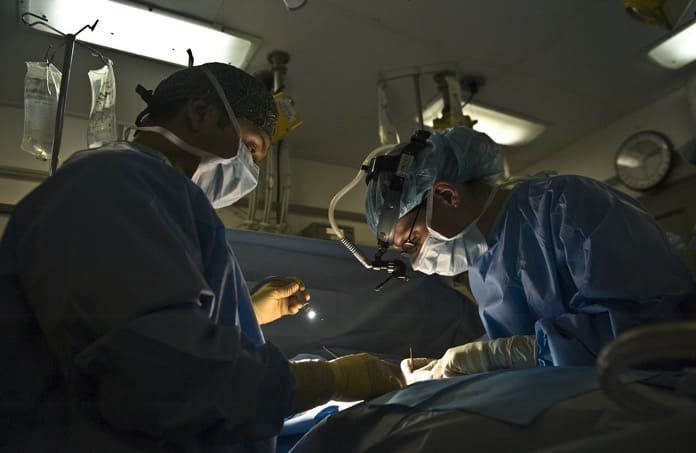 Robotic implants are a promising technological advancement that may pave the way for a safe and reliable method for tissue regeneration. Researchers engineered and tested robotic implants that fit over the esophagus to determine if they can help tissue growth and regeneration.

Typical applications of robotic implants have mainly focused on restoring function to patients suffering from disabilities or conditions. Although useful, these usually are limited to robotic implants that act more like an accessory to replace lost human capabilities than play an integral role in human health and physiology.

In a recent study published in Science Robotics, an international research team, including scientists from the US, the UK, Argentina, Japan, Italy, and Korea, are looking to harmonize robotics and biology to promote tissue growth and regeneration. Researchers engineered a robotic implant that fits over a tubular organ (eg. esophagus) and applies gentle tension to promote lengthening. Mechanostimulation, or applying physical force to stimulate tissue growth, has already been shown to be useful in clinical bone and skin growth applications. To further extend the capabilities of robotic implants, researchers explored if robotics can be used to aid internal tissue growth in patients without compromising normal organ function.

Researchers designed a robotic device that fits around a tubular organ and grasps it at two ends using metal rings. The device then applies a constant tension along the tubular organ using a motor which is regulated by a potentiometer. A cord running outside the body to a wearable power supply allows for easy reprogramming and monitoring. The device was designed to be compact and as least obstructive as possible during patient movements, a common issue for robotic implants.

To ensure device safety for human use, the researchers tested their device in pigs which are a typical analog for humans due to their similar physiology. The researchers divided eight pigs into two groups: a surgical group which received the implant and a naïve group which did not. The researchers used minimally invasive procedures to implant the robotic device into the esophagus of five pigs, leaving the remaining three in the naïve group. The rings of the device were set at 20mm apart initially and were programmed to start mechanostimulation two days after surgery to allow for surgical recovery.

The researchers found that over the course of 10-12 days the esophagus section within the robotic device increased by 77% compared to only 10% just above or below it, suggesting that mechanostimulation increased the length of the esophagus. Though the researchers did find esophageal strain was greatest when the animals ate, likely due to the added strain of swallowing food, the researchers found no sign that the animals were in discomfort over the course of the experiment.

When the researchers compared the esophagus of both groups, they found both to be healthy in appearance and of similar thickness, suggesting that the mechanostimulation didn’t ‘stretch-out’ the esophagus but promoted it to lengthen. This was further supported when the researchers examined the cellular density of each group and found no statistical difference.

How Does Mechanostimulation Promote Growth?

The esophagus is mostly composed of two types of tissue: muscle and collagen. Muscle allows the esophagus to act as a transporter between your mouth and stomach. This not only allows controlled swallowing but is also the reason why you are able to swallow food even if you are upside-down. Collagen is found dispersed between muscle fibers and acts as a structural foundation for the esophagus.

When the researchers compared the muscle/collagen ratio in each group, they found the naïve group to be 93%:7% and the surgical group to be 80%:20%. This would mean esophagus lengthening was due to 63% muscle and 37% collagen growth. Though the increase in collagen does suggest the possibility of fibrosis (excess connective tissue, typically from scarring), the researchers found the esophagus to still maintain functionality and structure.

Robotic implants are a promising technological advancement that may pave the way for a safe and reliable method for tissue regeneration. Researchers utilizing a robotic implant to promote tissue growth using mechanostimulation found that it was effective in lengthening esophageal tissue without being obstructive to swallowing. The researchers are hoping this technology can be adapted for other tubular organs, such as the intestines, to promote regeneration without the need for complicated tissue transplantation. This study demonstrates robotic implants as a powerful tool for clinicians in harmonizing the body’s regenerative capabilities with the advancements in robotics.