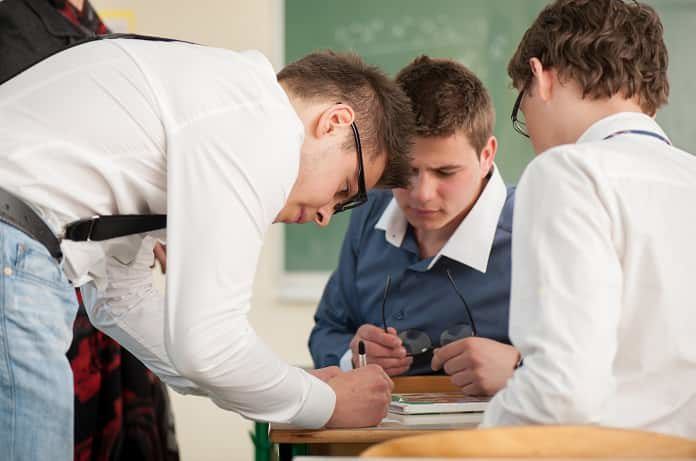 Attention-deficit/hyperactivity disorder (ADHD) is a well-known problem in children, adolescents and adults, but the long-term effects of stimulants such as Ritalin during childhood when the brain is still developing remain unclear. A recent study showed that levels of ϒ-amino butyric acid (GABA) in the adult prefrontal cortex were decreased in patients who had begun stimulant use as a child compared with patients who did not use stimulants until adulthood.

Attention-deficit/hyperactivity disorder (ADHD) is characterized by symptoms of hyperactivity as well as difficulty with attention and controlling actions. The disorder, which affects approximately 7.2% of the worldwide population, has a large impact on daily functions. The prevalence has increased dramatically over the last decade, affecting not only children but adolescents and adults as well.

The main treatment of ADHD is the use of stimulants like methylphenidate, more commonly known by the trade name Ritalin. Stimulants that target dopamine in the brain have a great track record for the alleviation of symptoms of ADHD. The safety of Ritalin and other stimulants has been extensively studied, but long-term effects remain unclear. This is especially important for ADHD patients, as the brain is still developing during childhood and adolescence when the disorder is typically diagnosed.

GABA, or ϒ-amino butyric acid, is an inhibitory neurotransmitter that has been implicated in the pathophysiology of ADHD. The main problem in children with ADHD is inhibitory control, which has been associated with GABA levels in the brain. Both preclinical and clinical studies have demonstrated lower levels of GABA in a specific region of the brain called the prefrontal cortex in ADHD. This brain region is critical for inhibitory control and is also one of the last regions to develop.

In order to assess the long-term effects of stimulant treatment on the brain, Solleveld and colleagues at the University of Amsterdam used brain scans to examine GABA levels in adult patients with ADHD. The study, published in NeuroImage: Clinical consisted of 44 male patients with ADHD between the ages of 23 and 40 who were divided into three groups. The first group was an early stimulant treated group, which consisted of patients who had first used stimulants before 16 years of age when the brain is still developing. The second was a late stimulant treated group that consisted of patients who first used stimulants after the age of 23 when brain development is typically complete. The final group consisted of ADHD patients who had never used stimulants. All participants underwent a baseline scan. Some of the participants also received oral administration of Ritalin 5 minutes after the initial brain scan, followed by a second scan 90 minutes later.

Together, these results indicate that stimulants given early in life when the brain is still developing may alter brain chemistry, specifically the GABA system in the prefrontal cortex. The authors note, “The results from our study suggest that stimulants have different effects when acting on the developing or the mature brain.” They also add that further studies are needed to examine potential consequences of these lower GABA levels on cognitive and behavioral outcomes in ADHD.