Home Medicine Women's Health What are the Risks of Pesticides during Pregnancy? 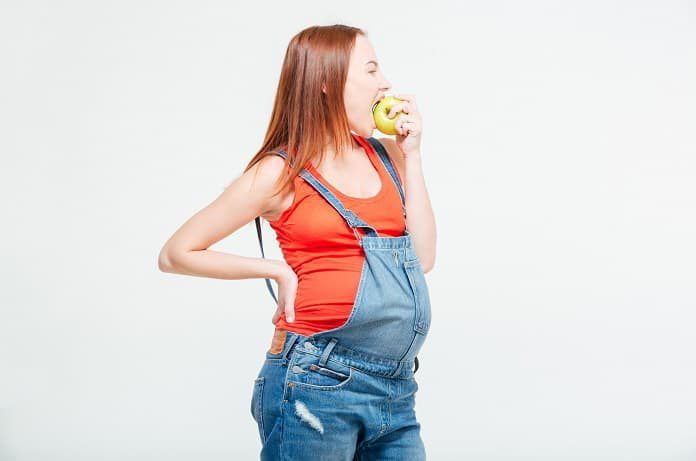 A new study examines the potential association between dietary consumption of pesticides and pregnancy outcomes of women undergoing fertility treatment.

Fruits and vegetables are a necessary component of a balanced diet. However, the number one source of pesticides is from those same fruits and vegetables. There are guidelines in place to manage pesticide levels and keep them within a tolerable range. However, these levels may still pose a risk to vulnerable populations such as infants and pregnant women.

Animal studies have suggested that pesticide exposure lowered the number of offspring in rats, however, little research is available to suggest whether the effect is similar in humans. A study recently published in JAMA Internal Medicine investigated pesticides and pregnancy. The scientists assessed the diets of 325 women at a fertility clinic in order to examine how consumption of high or low pesticide fruits and vegetables affected pregnancy outcomes.

The women received a diet questionnaire which included questions about organic food choices and specific fruit and vegetable intake in addition to other variables, such as calorie intake, whether they were smokers, age, and body mass index (BMI). The pregnancies were tracked from before the fertility treatment and after the fertility treatment up until 24 weeks of gestation. All pregnancy losses were documented and categorized as either before or after clinical pregnancy which is confirmed at six weeks gestation.

The pesticide content in the food was based on assessments by the US Department of Food and Agriculture Pesticide Data Program from 2006-2015. This program ranked fruits and vegetables based on both the total amount of pesticide residues and the number of different types of pesticide residues found on each product. The foods were categorized as either low or high pesticide.

Out of all the fertility treatments, 42% resulted in at least 24 weeks of gestation, suggesting a successful pregnancy. On average the women in the study consumed 1.7 servings of high pesticide foods and 2.8 servings of low pesticide foods a day. There were no associations found between total fruit and vegetable consumption and the probability of implantation or successful pregnancy.

Effects of Pesticides on Pregnancy

These results were striking. The researchers estimated that replacing even one serving of high pesticide fruit or vegetable with a low pesticide alternative could improve the odds of clinical pregnancy by 79% and chances of live birth by 88%.

The take-home message of the findings of the investigation is that pesticides may pose a risk in pregnancy maintenance and pesticides may negatively affect a woman around the time of implantation when the pregnancy is very susceptible to malformations. Previous studies on pesticides and preeclampsia suggest that they may promote placental dysfunction which could be a possible explanation for the increase in failed pregnancies among those who consumed high pesticide fruits and vegetables.

Other human studies have focused mainly on women who worked in agriculture or lived on farms where they experienced direct exposure to pesticides rather than through consumption of fruits and vegetables.

Since this study is the first of its kind, it is crucial that there be further research on the subject.  Although many factors such as age and smoking were accounted for there is still a small risk of a third variable impacting the results and as such, the significance of the current findings can only be strengthened through more research on human subjects. Furthermore, since there are limitations in the accuracy of self-reported data, future research could focus on other more rigorous methods of measuring pesticide ingestion.

It would be of great benefit for more work to be done in this area since these findings could serve to change diet recommendations for those in early pregnancy or looking to become pregnant. Fruits and vegetables are indeed high in healthy nutrients but making the choice between organic and conventional may have a greater impact than originally believed.