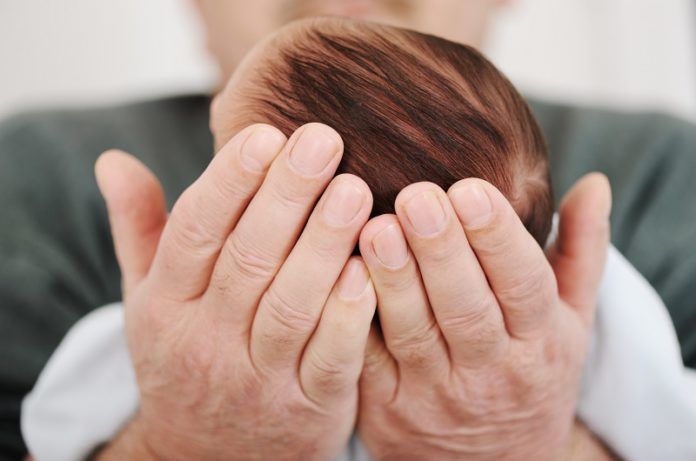 Some mothers are vulnerable to experiencing depression during the perinatal period, but less is known about risks for depression in new fathers during this time. A recent study found elevated rates of depression symptoms in fathers following the birth of their child, which was associated with stress, poor health, and a lack of social resources.

Parental depression is a significant family health issue that is associated with emotional and behavioral problems in children. During the perinatal period, the weeks and months leading up to and following childbirth, some mothers are vulnerable to developing depression. While research on depression risk during the perinatal has focused largely on mothers, much less is known about the demographic, social, relationship, and health parameters that may be related to depression in fathers during this period.

A recent study in JAMA Psychiatry examined the prevalence of depression symptoms in fathers during and after their partner’s pregnancy, and quantified associations between these symptoms and social and health factors. More than 3,500 New Zealand men (average age: 33 years; age range: 16-63 years) filled out questionnaires during their partner’s third trimester and again at nine months following the birth of their child. The questionnaires asked participants questions about their mental health, physical health, and social relationships, and collected additional demographic information. This dataset builds upon past work from the same research group on perinatal depression in mothers, and is part of a long-term study, ‘Growing Up in New Zealand’, that is tracking outcomes in a cohort of children from birth to adulthood.

The results from this study are being used to better identify the risks factors for depression in fathers during the perinatal period. Specifically, the study highlights that fathers who are unemployed, have relationship problems and/or a lack of social support, and who have history of depression could be at risk for developing depression symptoms during the perinatal period, particularly after the birth of their child.