Home Health and Wellness Lifestyle When is the risk for a teen car crash the highest? 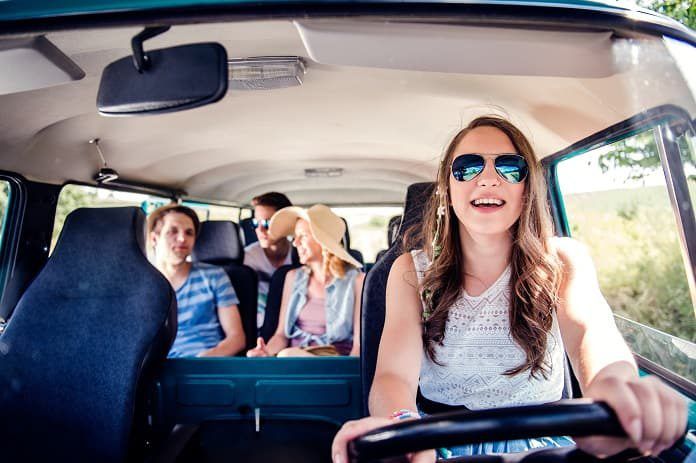 In a recent study, researchers monitored driving behaviours among teenagers and how they impact the likelihood of a teen car crash.

Car accidents are heavily concentrated among teenage drivers. Given the severity, car crashes can be detrimental to the drivers and passengers involved. A study conducted by the National Institutes of Health and published in the Journal of Adolescent Health has determined that teenage drivers are at a much greater risk of car accidents within the first three months after obtaining their driver’s license than at any other point in time.

The data for this study was collected through the installation of cameras in the vehicles of the participants. Driving habits of the individuals were monitored over time, before and after obtaining a driver’s license. As a form of comparison, the study also recorded the driving habits of the teenagers’ parents in the same conditions and with the same vehicles. The authors made note of crashes and near-crash events which were distinguished as cases involving last-minute action to prevent a crash. A total of 90 individuals and 131 parents were recruited for the study.

The study concluded there is an eight-fold increase in the risk of car accidents during the first three months after getting a driver’s license in relation to the past three months where teenagers hold a learner’s permit. This increase may be attributed to rash driving habits such as sudden braking, abrupt turns, and excessive acceleration, all of which are four times more likely to occur among the teenage population right after getting their license.

These dangerous driving habits were amplified under safe road conditions whereas the risk was reduced in difficult driving conditions. The study also noted that the risk did not decrease over time, at least within the first year. Results were consistent across male and female groups, however, the risk was found to decrease among females while remaining consistent among males.

Bruce Simons-Morton, a contributor to the study, suggests the solution of gradually reducing adult supervision rather than an abrupt reduction in supervision. Further research with a large sample size may be required to solidify these findings. Alternative solutions such as stricter policing of roads, more extensive driving tests, and improved driving school curriculums should be considered as well. The research provides a compelling argument for addressing inadequate driving habits among teenage groups.