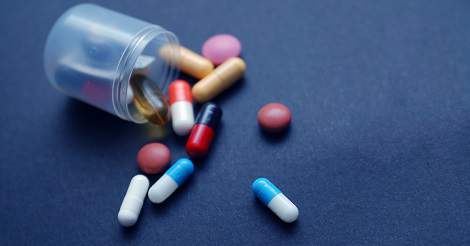 According to the World Health Organization, type 2 diabetes affects more than 370 million people around the world. Type 2 diabetes is a metabolic disorder that is characterized by the presence of hyperglycaemia (high blood sugar) and linked to a high risk of cardiovascular (involving the heart and blood vessels), microvascular (involving the smallest blood vessels), and other complications.

People with diabetes try to manage their blood sugar levels with dietary changes, increased exercise, and generally, the first-line medication metformin. If this treatment is not effective, patients may be advised to add one of the six second-line therapies, including liraglutide (Victoza), a drug that is approved by the Food and Drug Administration for the treatment of type 2 diabetes in the US. Liraglutide is a Glucagon-like peptide-1 (GLP-1) receptor agonist; it works to stimulate insulin secretion from the pancreas and reduce the production of an anti-insulin hormone called glucagon – which increases the level of glucose in blood. Liraglutide also has an effect on reducing appetite and increasing satiety (the sensation of feeling full).

The researchers conducted a double-blind, placebo-controlled trial at 410 institutions in 32 countries in which they randomly assigned 9340 adults with type 2 diabetes who were at high risk of heart disease to receive either liraglutide or a placebo. Nearly half of the participants were given liraglutide (n=4668) and about half were given a placebo (i.e. other diabetes medications to control blood sugar, n=4672); both liraglutide and placebo groups were followed for an average of 3.8 years. The primary outcome was the occurrence of death from cardiovascular causes, stroke, or heart attack.

The study, recently published in the New England Journal of Medicine, revealed that the occurrence of death due to cardiovascular causes, heart attack, or stroke in patients with type 2 diabetes was lower among those treated with liraglutide than with placebo (13% vs 14.9%). Death from cardiovascular causes occurred in a smaller number of patients in the liraglutide group (4.7%) than in the placebo group (6.0%). Furthermore, the researchers found that the rate of death due from all causes was lower in the liraglutide group (8.2%) than in the placebo group (9.6%). While the difference was not significant, the frequency of stroke, heart attack, and hospitalization due to heart failure were lower in participants who were given liraglutide compared to those treated with other diabetes medications in the placebo group.

Furthermore, the study showed that a greater number of participants in the liraglutide group than in the placebo group permanently discontinued the regimen due to adverse events (difference was 2.2 %). Gastrointestinal events were the most common adverse events that led to the discontinuation of liraglutide. Also, the incidence of pancreatitis was lower in those who were treated with liraglutide than those who received placebo, but the difference was not significant.

In conclusion, the findings show that among type 2 diabetic patients who were at high risk for cardiovascular events, the treatment of liraglutide led to lower rates of cardiovascular complications and death from any cause than did the placebo treatment. This study marks the first ever trial to have found that a diabetes drug used to lower blood sugar has far-ranging health benefits for patients.