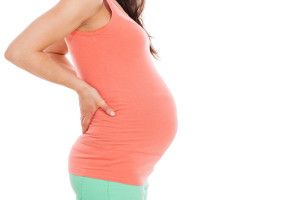 Autism spectrum disorder (ASD) affects roughly one in every 68 children. With the prevalence of ASD on the rise, research in recent years has begun to look beyond genetic factors related to the disorder, to consider whether environmental or non-genetic factors may also contribute to its occurrence.

A recent study looked at whether maternal metabolic conditions, such as obesity and gestational diabetes could be associated with having a child with ASD. The study was based on examination of medical records from the Cincinnati Children’s Hospital Medical Center showing the number of cases of diagnosed ASD or other non-ASD developmental disorders among patients of the hospital’s primary catchment area between 2009 and 2014.

Results of the study showed that both gestational diabetes and pre-pregnancy obesity were positively associated with an increased risk of having a child with ASD. The strongest association was observed for mothers with both pre-pregnancy obesity and gestational diabetes; for these mothers, the chance of having a child with ASD was increased more than twofold over the control group. Where only one of these pre-natal conditions was present, the chance of ASD was increased 1.5 times compared with controls. These findings were consistent with other studies that have looked at maternal risk factors for ASD.

On the other hand, the study also found that maternal hypertension, either chronic or pregnancy-induced, was not associated with a diagnosis of ASD. Further study is required to understand the mechanisms that link conditions like obesity and gestational diabetes to ASD.