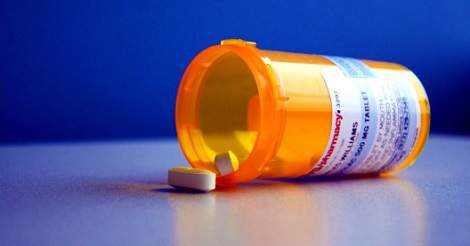 A study recently published in the PLoS Medicine has shown that the risk of some bacterial, viral and fungal infections is 2 to 6 times higher in people prescribed glucocorticoids compared to those who did not take glucocorticoids.

Our immune system is intended to protect us from attacks by foreign organisms that cause disease. When a bacterium, parasite, virus, or fungus enters the human body, the immune system recognizes the invader and triggers a response that kills or counteracts it. Under normal conditions, the immune system distinguishes accurately between foreign invaders and the cells and tissues of the body, but sometimes it goes amiss and starts to attack “self,” leading to the development of an autoimmune disease such as lupus

Glucocorticoids—drugs with anti-inflammatory and immunosuppressive properties — are often used to treat autoimmune diseases and inflammatory diseases. At any one time, more than 1% of the population in the US and UK is receiving glucocorticoid as a treatment for autoimmune or inflammatory diseases or for the treatment of cancer or organ rejection prevention after transplantation, and this number has increased by more than 30% in the last 20 years. Many patients take glucocorticoids for several weeks or months, particularly for rheumatic (e.g. rheumatoid arthritis, giant cell arteritis), respiratory (e.g., asthma), or neoplastic conditions. Even though glucocorticoids effectively treat these conditions, their long-term use is related to serious side effects, including a heightened risk of infection.  The overall risk of infection in specific populations taking glucocorticoids has been examined in numerous studies, but the risk of individual common bacterial, fungal, parasitic and viral infections among people in the general population receiving glucocorticoids is not well known.

To find out more about common infections in patients prescribed glucocorticoids in primary care, a team of researchers undertook a population-based cohort study (an observational study that compares specific outcomes in groups of individuals from the general population with varying baseline characteristics). The researchers extracted data from The Health Improvement Network (THIN), a primary care database of electronic medical records (including information about diagnoses, prescriptions, and demographic data of each patient) from UK general practitioners between 2000 and 2012.  They measured the relative risks of a variety of common viral, parasitic, bacterial and fungal infections in patients prescribed glucocorticoids, and compared these risks between different time lengths of exposure to glucocorticoids.

The researchers identified 275,072 adults prescribed at least one course of oral glucocorticoids for at least 15 days during the study period (mostly to treat asthma, chronic obstructive pulmonary disease, rheumatoid arthritis, inflammatory bowel disease, polymyalgia rheumatica/giant cell arteritis, cancer, or connective tissue disease), and a random sample of patients not prescribed glucocorticoids but diagnosed with the same underlying disease as the patients receiving glucocorticoids, and cases of infection in both groups. The findings, published in PLoS Medicine, show that the risk of several viral, fungal, and bacterial infections was 2 to 6 times higher in people prescribed oral glucocorticoids compared to people matched for gender, age, and the underlying disease and who did not receive glucocorticoids. Compared to the group who did not take the drug, those prescribed glucocorticoids had a heightened risk of three bacterial infections (lower respiratory tract infection [LRTI], cutaneous cellulitis, and septicaemia), one fungal infection (local candidiasis), and one viral infection (herpes zoster) but no increased risk of dermatophytosis (a fungal infection), varicella virus infection, or scabies (a parasitic infection).

The study showed that the risk of local candidiasis (a fungal infection of the mouth) was much greater than that of viral, bacterial or parasitic infections, with the exception of LRTI, which had the highest risk. Compared to the group who did not receive glucocorticoids, the risk of LRTI was nearly six times greater in the patients who were prescribed glucocorticoid. Significantly, the relative increase in risk for local candidiasis and LRTI was highest within the first weeks of receiving the drugs and significantly diminished thereafter, while the risk increase was steady over the durations of exposure for the other infections. The results also reveal that the risk of infection was increased with age, greater in people with diabetes, in those with lower level of plasma albumin protein (the liquid portion of the blood that is made by the liver), and in those prescribed higher glucocorticoid doses. Finally, the risks of different infections were determined by the underlying disease for which glucocorticoids were prescribed.

These findings of this study reveal that the risk of some common viral, bacterial and fungal infections is greater in people who take glucocorticoids for a range of underlying diseases than in people who did not take glucocorticoids. The finding of a heightened risk of LRTI in patients receiving glucocorticoids should be taken into consideration before prescribing these drugs, especially in patients with chronic obstructive pulmonary disease or asthma.  Also, an examination is probably advisable in patients who are receiving glucocorticoid treatment for more than a few days so as to screen out (and treat) candidiasis infection, which was found to be among the most common of all infections studied in this group. The finding of a link between low blood albumin level and increased risk of infection needs to be studied further to establish whether a low albumin level is a direct risk factor for infection or not, but monitoring albumin level before and during glucocorticoid treatment may be worth taking into consideration.