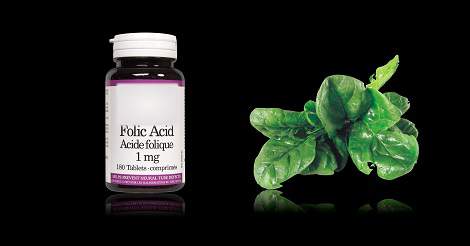 Researchers have determined that the presence of excessive amounts of folate and/or vitamin B12 in the bloodstream of expecting mothers is associated with an increased risk of her child developing autism spectrum disorder.

It is well known that prospective mothers require a reasonably well-balanced diet with special attention to certain vitamins that will help ensure development of their child. To lower the risk of birth defects, pregnant women are typically instructed to consume 600 micrograms of folic acid a day, while others should consume 400 micrograms daily. Folic acid, a synthetic version of folate, is commonly found in cereals, enriched pasta, and bread products. It is also found naturally in food as folate, which is present in broccoli, spinach, chickpeas, beans, and lentils. Likewise, vitamin B12 is also beneficial for the body and crucial for neural development. Although the intake of these vitamins is unmistakably important, it is ambiguous how these nutrients specifically affect the development of Autism Spectrum Disorder.

Autism Spectrum Disorder (ASD) or simply autism as most people know it, is an umbrella term for the range of disorders that affect the mental development of children. It is typically characterized by intellectual disability, impairment of motor coordination, and difficulties with social interaction. To examine the relationship between multivitamin supplementation during pregnancy, plasma levels of folate and vitamin B12 post-delivery, and the risk of ASD development, researchers used data from the Boston Birth Cohort as well as results obtained from subsequent blood sampling. The Boston Birth Cohort is a longitudinal study that monitored 1391 mother-offspring pairs from low-income urban areas between 1998 and 2013. Maternal supplement intake data and blood samples were obtained 1-3 days after birth and analyzed.

As presented at the 2016 International Meeting for Autism Research in Baltimore, researchers have demonstrated that maternal intake of multivitamins (3-5 times a week) was correlated with a lower risk of ASD in their offspring in all three trimesters. On the other hand, when either the plasma level of folate or vitamin B12 was high (greater than 59 nmol/L or 600 pmol/L respectively), the risk of ASD development was correspondingly higher. For extreme cases when both folate and vitamin B12 levels were high, the predisposition for ASD was greatest. These observed elevations are much greater than the concentration recommended by the World Health Organization, which suggested 13.5 to 45.3 nmol/L for a woman in the first trimester.

These preliminary findings show that there is a protective effect through the intake of multivitamin supplements. However, excessive levels of maternal vitamin B12 and folate may be detrimental to child development. Researchers are uncertain of the reasons behind the elevated concentrations of folate or vitamin B12 in new mothers. It is possible that they are consuming more than required amounts by ingesting an overabundance of folic acid-enriched food products or supplements. Moreover, some women may be capable of absorbing higher levels of folate, or are inadequately breaking it down due to their genetic makeup. Further investigation is required to determine the optimum levels of vitamin intake for women, especially expecting mothers, to prevent excess vitamin levels and their accompanying risk of ASD.