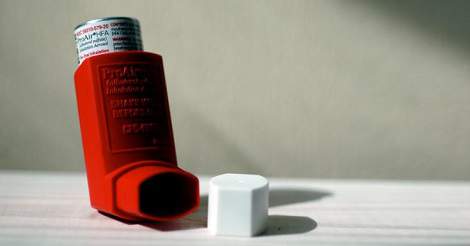 According to a new article published in the Journal of the American Medical Association, residential unconventional natural gas development activity, a process that creates a source of energy, was found to be associated with increased risk of asthma exacerbations in patients with asthma in Pennsylvania.

Asthma is a common chronic condition. In 2010, over 25 million people, or approximately 8% of the US population, had asthma. Asthma is characterized by variable and recurring symptoms, reversible airflow obstruction, underlying inflammation, and bronchial hyper-responsiveness (an increase in sensitivity to stimuli that narrow the airway). Symptoms include episodes of coughing, wheezing, chest tightness, and shortness of breath.

A large body of evidence has consistently associated asthma exacerbations (or asthma attacks) to exposure to outdoor air pollution including particulate matter, ozone, nitrogen dioxide, and sulphur dioxide, and exposure to even small amounts of these pollutants has been linked to asthma hospitalizations, visits to the emergency department, and use of rescue medication. Additionally, stress at the individual and community level has also been shown to be linked to asthma exacerbations; psychosocial stress can alter the effects of environmental triggers (e.g. truck traffic and decreased socioeconomic status) and is related to poorer asthma control and medication adherence.

Pennsylvania has moved rapidly with UNGD. Between the mid-2000s and 2012, 6,253 unconventional natural gas wells were spudded (the beginning of drilling) on 2,710 pads, 4,728 wells were stimulated and 3,706 were in production. However, there are only a handful of published studies on the public health impacts of UNGD, linking UNGD activity to air quality and community social impacts.

A group of researchers conducted a study to investigate the associations between UNGD activity and asthma exacerbations. They compared patients with asthma with and without exacerbations from 2005 through 2012 treated at the Geisinger Clinic, which provides primary care services to more than 400 000 patients in Pennsylvania. The study included 35, 508 patients with asthma, aged 5 to 90 years old, identified in electronic health records. Researchers estimated activity metrics for the four steps in UNGD (drilling, pad preparation, stimulation, and gas production) using the distance from the home of the patients to the wells, characteristics of the well, and the dates and durations of the process steps. Asthma exacerbations were identified as mild, moderate, or severe.

However, it is worth noting that the study has its limitations. In particular, information on patients’ occupations and previous residential moves were not included in the electronic health records. As this is the first study on UNGD activity and asthma outcomes, and many other health outcomes have not been explored to date, there is an urgent need for further studies, the researchers note. These studies should include more detailed exposure assessment to determine whether the associations between UNGD and asthma exacerbations are causal, and should characterize pathways and identify the phases of development that present the greatest risk.