Where is vitamin B2 found?

Riboflavin is found in many foods, both in plant-based and animal-derived sources.  Whole grains and cereal are fortified in many countries including the United States, making it a good source of riboflavin.  Riboflavin is also found in green vegetables, dairy products, eggs, lean meats, and liver.

Since riboflavin is a water-soluble vitamin, its bioavailability in foods is lower when the food source is boiled in water rather than steaming, microwaving, or pan-cooking.  Riboflavin has a sensitivity to light and can be degraded by UV and visible light, and this is the reason why milk and other dairy products are not usually stored in glass containers.

Riboflavin, like the other B vitamins, is essential for energy production.  It is a precursor to two important compounds: flavin mononucleotide (FMN) and flavin adenine dinucleotide (FAD).  These compounds are both coenzymes, and they catalyze, or increase the rate of, many chemical reactions in the body leading to energy production, cell function and maintenance, and metabolism of food and drugs.

The coenzymes also are important in the metabolism of different B vitamins, including vitamin B3 (niacin), vitamin B6 (pyroxidine), and vitamin B9 (folic acid), helping them perform their functions.

What is the RDA for riboflavin?

These values are given by the National Institutes of Health, and the RDA represents the daily intake sufficient to meet the dietary needs of 97-98% of healthy individuals.  The RDA for riboflavin can be met easily with a little over a cup of instant fortified oats or a little over 1.5 ounces of pan-cooked beef liver.

Since riboflavin is a water-soluble vitamin and its absorption is regulated, the risk of toxicity is extremely low.  There is no established Upper Limit (UL) for the daily intake of riboflavin because no adverse health effects have been reported.  However, this does not mean that side effects of consuming excess riboflavin cannot occur.

The UL represents the maximum daily intake that is unlikely to cause negative health problems.

What are the benefits of riboflavin?

In addition, some researchers believe that riboflavin might help prevent against cancer by reducing the DNA damage caused by carcinogens.  However, the evidence is inconclusive, more studies will be necessary to further investigate this claim.

Healthy riboflavin status has been suggested to help prevent cataracts since a study found that older individuals with cataracts had higher rates of riboflavin deficiency.  However, the evidence is also inconclusive.

In the United States, riboflavin deficiency is very rare since grains are fortified, however some groups are more at-risk for deficiency than others.

People who consume plant-based diets that are not balanced could be at an increased risk of deficiency since they do not consume meat and dairy products, which are high in riboflavin.  This risk is heightened for plant-based athletes because they have increased needs for this vitamin.  Eating a diet rich in fortified whole grains and greens could help prevent this, as well as taking a vitamin supplement.

Infantile Brown-Vialetto-Van Laere syndrome is also a risk factor for deficiency.  This is a very rare neurological disorder that prevents the absorption of riboflavin in the small intestine.

Treatment of riboflavin deficiency is typically supplementation of riboflavin, and sometimes a B complex vitamin is necessary to replenish levels of other B vitamins if they are reduced.

If you think you are deficient in riboflavin or at risk for deficiency, consider getting your blood levels tested.  As always, consult your doctor before you begin taking any vitamin or mineral supplement, to make sure your medications or health conditions don’t make it a serious risk. 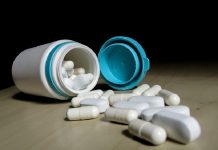 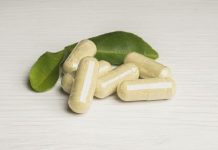 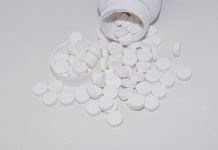